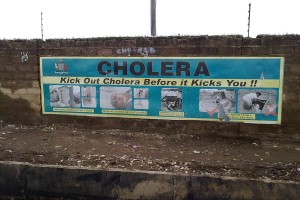 New Delhi: Euvichol-Plus, the world’s first and only Oral Cholera Vaccine (OCV) in LDPE (Low density polyethylene) unidose pack and which could soon be available in India. The LDPE unidose pack of Euvichol-Plus is not only easy and safe to use, but also reduces the issues pertaining to conventional glass vials in terms of breakage, storage, transportation and wastage management.

The OCV is prequalified by World Health Organization (WHO) and its manufacturer, Eubiologics Co. Ltd. (Eubiologics), South Korea, which developed the vaccine with the help of International Vaccine Institute (IVI), has so far supplied fifty-five million doses of the vaccine to UN (United Nations) healthcare agencies. As of now, it has been supplied to around twenty-two countries across the globe. It is a global biopharmaceutical company that focuses on developing vaccines against global pandemic and creating bacterial vaccine pipeline against newly emerging infectious diseases and antibiotic resistance, and is the largest supplier of oral cholera vaccine in the world.

Now TechInvention Lifecare Pvt. Ltd. India has tied up with Eubiologics Co. Ltd. (Eubiologics), South Korea, towards bringing in the vaccine to the country, which is a liquid formulation of oral cholera vaccine containing O1 and O139 of Vibrio cholerae inactivated by heat or formalin.

In this context, TechInvention’  CEO, Syed Ahmed, said, “It is our endeavour to bring in a WHO Pre Qualified OCV in India for managing potential outbreak risk caused due to the often-neglected disease like cholera. We wish to play our part in supporting Indian Government and WHO’s initiative of  ‘Ending Cholera- Global Roadmap by 2030’, by offering affordable, easy to use, safe & efficacious vaccine.”

Eubiologics’s CEO, Yeong-Ok Baik mentioned, “The collaboration between Eubiologics and Techinvention is aimed at reducing the disease burden and saving lives of Indian children by effective vaccination through our WHO-Prequalified cholera vaccine. We are looking forward to the commencement of the Phase 3 clinical trial and its successful completion so that the vaccine becomes available for use”.

It may be mentioned that India suffers the maximum economic burden of cholera with the situation further worsening during disease outbreaks which frequently occurs in many states. Huge population and low hygiene standards play a definitive role in cholera transmission, given that the disease is directly linked to inefficient access to clean water and sanitation facilities.

While the World Health Organisation figures suggest that Cholera has around three percent mortality rate, especially among young children, in India, limited availability of vaccine challenges the efforts to prevent the scourge, leaving vast population segments of the country vulnerable to the disease.

As of now, thousands of children in the country succumb to cholera which can be effectively prevented by a vaccine, as it is proved that vaccination is an effective strategy to tackle this killer disease. It is estimated that, around 83 million doses of Cholera vaccine will be required in India by 2025.