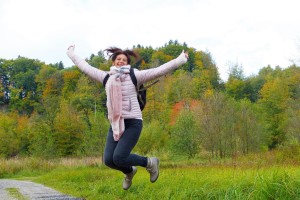 Geneva:  In a landmark decision, the United Nations Human Rights Council today recognised for the first time that having a clean, healthy and sustainable environment is a human right, in its resolution 48/13. The Council called on States to work together, and with other partners, to implement this newly recognized right. At the same time, through a second resolution (48/14), the Council also increased its focus on the human rights impacts of climate change by establishing a Special Rapporteur dedicated specifically to that issue.

The resolution (A/HRC/48/L.23/Rev.1) on the Human right to a safe, clean, healthy and sustainable environment, was adopted by a vote of 43 in favour, none against and 4 abstentions (as orally revised). China, India, Japan and Russian Federation, abstained from voting on the resolution.

David Boyd, UN special rapporteur on human rights and environment, said the Human Rights Council’s recognition today of the human right to a healthy environment was a historic breakthrough that has the potential to improve the life of everyone on the planet.

“The world’s future looks a little bit brighter today,” Boyd said. “The United Nations, in an historical development, has for the first time recognised that everyone, everywhere, has a human right to live in a safe, clean, healthy and sustainable environment.

“This has life-changing potential in a world where the global environmental crisis causes more than nine million premature deaths every year,” he said. “It will spark constitutional changes and stronger environmental laws, with positive implications for air quality, clean water, healthy soil, sustainably produced food, green energy, climate change, biodiversity and the use of toxic substances.”

Boyd thanked five Council members – Costa Rica, the Maldives, Morocco, Slovenia and Switzerland – for bringing the resolution to adoption after civil society and communities, including  environmental, human rights, youth, women’s and indigenous peoples, had fought for it for 30 years.

Recognition of this right had also been endorsed by UN Secretary General António Guterres, High Commissioner for Human Rights Michelle Bachelet and 15 UN agencies, and was supported by young activists, business groups and more than 1,300 civil society organisations from around the world.

Following the recognition, UN High Commissioner for Human Rights Michelle Bachelet called on States to take bold actions to give prompt and real effect to the right to a healthy environment, following a UN Human Rights Council’s landmark decision.

“The Human Rights Council’s decisive action in recognising the human right to a clean, healthy and sustainable environment is about protecting people and planet – the air we breathe, the water we drink, the food we eat. It is also about protecting the natural systems which are basic preconditions to the lives and livelihoods of all people, wherever they live,” the High Commissioner said. “Having long called for such a step, I am gratified that the Council’s action today clearly recognises environmental degradation and climate change as interconnected human rights crises.”

“Bold action is now required to ensure this resolution on the right to a healthy environment serves as a springboard to push for transformative economic, social and environmental policies that will protect people and nature,” she added.

At the beginning of the current session of the Human Rights Council, the High Commissioner described the triple planetary threats of climate change, pollution and nature loss as the single greatest human rights challenge of our era.

The resolution on a healthy environment acknowledges the damage inflicted by climate change and environmental destruction on millions of people across the world. It also underlines that the most vulnerable segments of the population are more acutely impacted. The issue will now pass on to the UN General Assembly for further consideration.

Bachelet paid tribute to the efforts of a diverse array of civil society organisations, including youth groups, national human rights institutions, indigenous peoples’ organizations, businesses and many others worldwide who have been advocating for full international recognition of this right. She stressed the importance that the rights to participation, access to information and access to justice are also respected in order for the human right to a healthy environment to be fully realized. Noting that an unprecedented number of environmental human rights defenders were reported killed last year, the High Commissioner urged States to take firm measures to protect and empower them.

“We must build on this momentum to move beyond the false separation of environmental action and protection of human rights. It is all too clear that neither goal can be achieved without the other, and to that end a balanced, human rights-based approach to sustainable development must be ensured,” she said. “During the run-up to the critical COP-26* meeting in Glasgow, and the negotiations of the post-2020 Global Biodiversity Framework, today’s Human Rights Council resolutions will hopefully stimulate a wider acceptance of such an approach.”