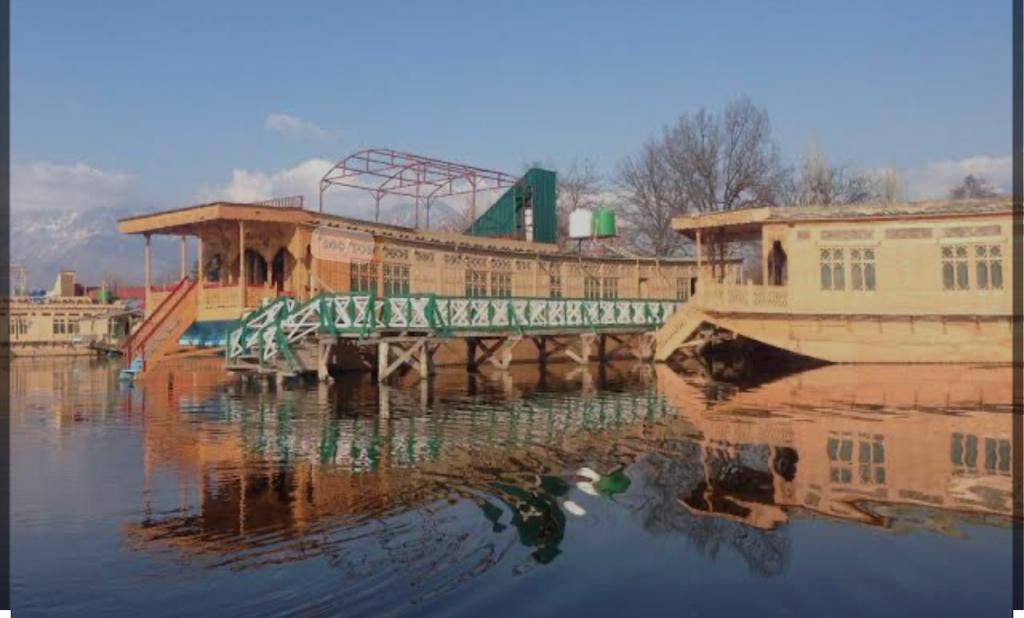 Srinagar: The Coronavirus pandemic has badly dented the picture of Kashmir tourism as it did in other parts of the world. As it is, tourism is among the prominent sectors of Kashmir’s economy.  A large population depends on this sector directly or indirectly in this popular global tourist destination. However, as this sector was hit hard, it caused hardships to lakhs of households.

The winds of change have been positive now due to the hard work of stakeholders including those who belong to the tourism industry and the government. For more than a year Kashmir tourism has witnessed a record arrival of tourists. This has brought cheer and smiles back to many faces, but not to all.

One of the defining factors behind the revival of the tourism industry in Kashmir has been the famous houseboat sector and the people associated with it.  Despite facing many hardships the houseboat sector has been at forefront of promoting tourism here. Houseboats have been nothing short of quality brand ambassadors of Kashmir tourism. It is also in a way heritage sector of Kashmir.

Different policies and schemes announced by the Government to promote tourism are appreciated but the houseboat sector is let down on many counts which makes this sector feel like getting stepmotherly treatment.

First and foremost, while tourism has been declared an industry, no industry benefits are extended to houseboats like 24-hour electricity with an industry-fixed rate per unit. Reconstruction permission and renewal of tourism registration are a few to mention.

Moreover, loans primarily for repairing purposes are announced but licenses have not been renewed since 2018 which is a prerequisite to getting the loan.

The sector needs cedar wood for small and big repairs but the recent order is a total disappointment as in 6 years there is now a provision for each houseboat to get just 15 Cubic Feet of timber even though the minimum requirement for small repairs is approximately 80 Cubic Feet every 2 years.

Another issue is that of toilets. The houseboat owners say they stand for the nature and the environment of Kashmir and its water bodies and they do want to work with authorities in providing a modern sanitation system – “We have long asserted that when our country can raise the flag on the moon why can’t our scientists and engineers provide  modern and sophisticated toilet systems to houseboats in Kashmir?”

Today the pulse opinion is that the houseboat sector is on its deathbed due to the apathy of the authorities. Indeed perks and schemes are announced for this sector but they mean nothing as FIRs are frequently lodged against houseboat owners and they are harassed even for using even an iron nail to fix the houseboat on grounds that this violates the law.

The houseboat sector “earnestly” hopes that officials at the helm will act as per common sense on its burning issues and provide renewal of licenses and handle other issues as well. At present, there are more than 900 houseboats in Kashmir with more than 600 of them on Dal Lake in Srinagar. The remaining are on Nigeen Lake in Srinagar and on the Jhelum river.

The need of the hour is to give holistic and humane treatment to the houseboat sector of Kashmir’s tourism industry which is no less than its soul.

*Faisal Khankashi owns a houseboat in Kashmir. The views expressed are personal.
0
0