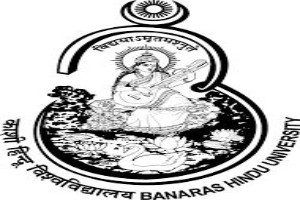 (This article was published in Harijan on February 8, 1942)

Gandhiji in his address to the teachers and the students of the Kashi Vishwavidyalaya referred to what he would like the University to make a distinctive feature of its own. But apart from it there are in the University some special features which attract students to it from far and near. Gandhiji referred to the Engineering and the Technological departments. There are similarly the College of Oriental Learning and the College of Theology as also the Ayurvedic College. It has on its staff some of the most distinguished men in India in the sphere of Mathematics andn Physics and some distinguished Orientalists, some who have to their credit text-books on subjects like Geology, and some like Prof. Atreya who is the author of many books both in English and Hindi on philosophy and religion. The departments of Oriental Learning and Ayurveda and the Institute of Agricultural Research have plenty of scope for research, though one does not know if much work has been done in that direction. The College of Theology ought not to rest content with giving degrees of Smriti Ratna, Smriti Sagar, and so on, but these degree-holders should make critical studies of our shastras and produce works of textual and higher criticism as has been done in the case of the Bible by numerous English and European scholars.

History Recalled: A British postman who dedicated his life to the service of the lepers in India

The University has besides spacious playgrounds, a well-equipped gymnasium in the Shivaji Hall, and it organises swimming and boat club activities too. In this connection I am tempted to make an observation. A university with 4,000 students has an almost unlimited scope in the direction of organising volunteer work both for the management of big meetings and shows and for the work of communal unity, as I shall presently show. This work, I am sorry to say, was conspicuous by its absence on the day the Convocation was held. It was a tough business to lead Pandit Malaviyaji and Gandhiji on to the dais that afternoon of the 21st. if there was proper organization, there should have been a clear way prepared for the old leaders to walk to the dais unmolested by the crowds. There was not only no way, but scores of photographers from among the volunteers themselves made a scramble for their darshan and for catching snapshots of them. For a while I wondered whether we were not taking a grave risk in carrying old leaders like Panditji through these unmanageable crowds. And when after very great difficulty they were carried on to the dais a sort of pandemonium prevailed for quite a long time. It was a sad reflection on our education, learning and culture, and it must have been far from pleasant to Dr. Radhakrishnan to appeal to the audience to be quiet in the name of self-respect and dignity, and in the name of honoured guests like Gandhiji, Jawaharlalji and Rajendrababu. Sports and playing grounds and gymnasia are no use, if they cannot teach us the very elements of arranging and organising meetings, no matter how vast.

I have mentioned communal unity. If these four thousand students were to be taught non-violent military drill and to march like soldiers going to the front, they could form a unique peace brigade. A thousand students, nay even a hundred students, clad in khadi uniform can march peacefully to scenes of rioting, and can by daring and courage to go through some amount of suffering successfully quell a riot. If they were to devote a little thought to this, I am sure the students can be the best organizers of communal unity. That, however, is a far cry. Would they organise themselves as spinners? An hourly spinning would be a good preparation for the volunteer-work for communal unity.

The University has a branch of the Gandhi Ashram Khadi Bhandar, which is managed by the Benares Gandhi Ashram, and under its auspices is a spinning centre too. There is also a Servants Credit Society and a Co-operative Store, both of which are, I hope, running well. I say ‘I hope’, as I have had no opportunity of going into their working, but they are commendable features in themselves.

But perhaps the most commendable of all are the Students Sevak Mandal, Vidyarthi Sahayak Sabha, and the Students’ Self-Help Circle run by Profs. Asrani and Mukut Behari Lal. The Students’ Self-Help Circle deserves special notice. It provides work for poor students, e.g. tuition, photography, typewriting, selling milk, ghee, newspapers, stationery, carrying and painting and polishing furniture, whitewashing houses, gardening, boot polishing and so on. Diligent students earn up to Rs. 15 per month by doing these jobs. Pandit Ram Naresh Tripathi tells the story of an M.A. student who met him one early morning going with pales of milk on his cycle. He has three brothers of his also in the University. Their father earns only Rs. 35 per month and cannot possibly find the wherewithal to educate the sons. The sons are, therefore, running a small dairy and selling milk and ghee. A hundred such students are thus finding the expenses of their education through self-help. Prof. Asrani is keenly interested in spinning and cottage industries, and his energetic work in all these directions is worthy of praise. He had collected a little purse for Gandhiji for constructive work, and he also presented Gandhiji with a chudder made out of yarn of the boys’ own spinning.

A word, too, about Prof. Satish Kalelkar and his band of students who slaved for us day and night at our camp. Acharya Kripalani, seeing that most of these students were Gujaratis, twitted him with having chosen only Gujarati students for service in Gandhiji’s camp. The fault, if fault it was, was Sir Radhakrishnan’s who insisted on Gandhiji being and looked after by those who knew Gandhiji best. And young Satish, who is fast getting popular among the boys, but who is still fresh in the University, selected the boys he knew best. Otherwise being the son of a distinguished father like Kakasaheb Kalelkar he is, I know free from any trace of provincialism, not to say communalism. He has a bright future in front of him, and he could not do better than devote his spare time to organising students in the direction I have indicated in these notes.

Our stay at the University was all too brief for anything like a study of things there, and what I say in this paragraph is subject to correction. The Women’s College is a self-contained one walled off from the other buildings. It has its own staff, though I understand that ladies who go in for science have to attend the science classes along with men students. If that is the case, I do not know what objection there should be to lady students having the benefit of lectures in other subjects by men professors. On the other hand, there may be a distinguished lady professor whose lectures men students may well profit by. There seems to me to be no reason for watertight compartments so far as teaching is concerned.

But I would go a little further. There are the weekly Gita classes. I do not know if lady students are allowed to attend them. If not, they should be. On the second day of our stay Gandhiji received a message from the Women’s College that he should not go away without giving the lady students at least a few minutes of his time. He readily agreed, and seeing the beautiful maidan in front of the College, he felt like having the evening prayer there. The students hailed the proposal with delight. Prof. Asrani, who was to present the students’ purse and the chudder at prayer time, was also invited to be present there with his students. And for the first time perhaps the lady students and men students had prayers together. At the request of the lady students themselves Gandhiji agreed to listening to a recitation from the Gita by some of them, after the end of the prayer. They recited verses 36 to 46 from the Eleventh Discourse of the Gita. The selection seemed to me to be most appropriate. They could not have thought of a fitter offering of welcome, and it did one’s heart good to think that at least some – if not indeed all – students in the Women’s College know the Bhagvadgita. I felt that they should have more opportunities for cultural contact with the outside world and always opportunities of listening to an occasional sermon from the venerable Panditji, Dr. Radhakrishnan and others and all leaders who are invited as guests.