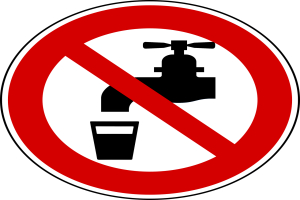 New Delhi: Potable water from Delhi is being arranged for school students in 20 government schools in different districts of Sonepat, Panipat, Faridabad, Palwal and Gurugram, where groundwater has become unfit for human consumption.

These schools are located in rural areas with industrial belts where groundwater is contaminated due to industrial discharge. The Central Ground Water Board suggested that in view of a sharp shortage of safe drinking water, the Inland Container Depot  (ICD) Patparganj and other ICDs Commissionerate of Delhi whose jurisdiction extends to Haryana, should provide water to these school students under the Project Sajal (full of water).

It may be mentioned that the Central Ground Water Board in its report in October 2021 had highlighted that the groundwater offerings in different districts of Haryana are mostly saline, and not suitable for drinking purposes.  The report also highlighted that the water there had a low potable rating as chemical parameters were much higher than permissible limits.

It further noted that the hot potable water during summer months of blistering heat was not conducive to drinking.

The CGWB, however, recommended the use of Reverse Osmosis (R.O), and Water Coolers that keep water in the normal range for students, in the schools.