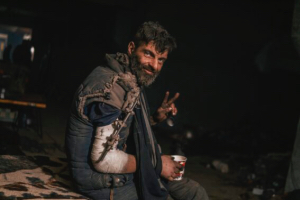 New York: G7 countries today “strongly” condemned Russia’s announcement to conduct referenda on Ukrainian territory, which is temporarily under Russian control. Terming it a “sham”, the G7 Foreign Ministers of Canada, France, Germany, Italy, Japan, the United Kingdom, the United States of America, and the High Representative of the European Union,  claimed any referenda held under conditions of Russian military presence, intimidation, and forced deportation cannot be free or fair. They declared that any annexation of Ukrainian territory would be a gross violation of Ukraine’s sovereignty and the UN Charter, and called on all states to unequivocally condemn any referenda and not to recognize the results.

It may be mentioned that on September 16, 2022, Russia mentioned that the upcoming referendums stemmed from a grass-roots desire by the residents. In the space of 36 hours, the “Luhansk People’s Republic” and the “Donetsk People’s Republic” both announced referendums. On September 17,  the occupation authorities of Kherson and Zaporizka too made an announcement to this effect.

The G7 stressed that it will oppose any attempts to change the status quo of territories and areas by force or coercion anywhere in the world. They reaffirmed the need to stand together with the international community to respond resolutely to “this clear violation of international law and provide assistance to the Ukrainian government and its people”.

The G7 stated it will also pursue further targeted sanctions and are committed to sustained economic and political pressure on Russia. They deplored deliberate Russian escalatory steps, including the partial mobilization of reservists and irresponsible nuclear rhetoric. Russia must immediately stop its aggression, withdraw its troops and military equipment from Ukraine and respect Ukraine’s sovereignty and the territorial integrity within its internationally recognized borders. The G7 further called on Russia to immediately cease its filtration operations and forced deportations of Ukrainian civilians to Russia.

The G7 Foreign Ministers and the High Representative expressed their deep concerns in view of the latest reports of atrocities committed in parts of Ukraine recently liberated by the Ukrainian Armed Forces, including in particular reports of numerous graves, crime scenes and torture facilities in the city of Izyum and in the Kharkiv region. The G7 Foreign Ministers and the High Representative agreed that the swift and thorough preservation of evidence on the ground is of utmost importance in order to hold the perpetrators accountable for crimes committed. Ukraine can rely on the support of the G7 in this regard.

The G7 Foreign Ministers and the High Representative reiterated Ukraine’s legitimate right to defend itself against Russia’s continued, “unprovoked and unjustifiable” war of aggression to regain full control of its territory, within its internationally recognized borders. They saluted the courage and successes of the Ukrainian Armed Forces on the current counter-offensive, which has allowed them to liberate significant portions of Ukrainian territory from Russian control

The G7 Foreign Ministers and the High Representative were unanimous in their “unwavering commitment” to continue and sustain economic, financial, humanitarian, military and diplomatic support for Ukraine for as long as necessary and to the extent necessary, to ensure Ukraine’s path to freedom, peace, reconstruction and economic development.