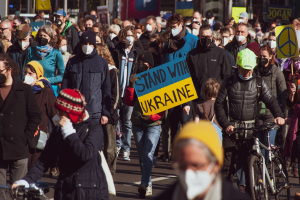 Washington: The G7 today claimed that Russia’s actions had compromised the safety and security of nuclear material and facilities in Ukraine and consequently posed serious risks to human life and the environment.

Condemning Russia, the G7 Foreign Ministers of Canada, France, Germany, Italy, Japan, the United Kingdom, the United States of America, and the High Representative of the European Union in a joint statement underlined their full support for the efforts of the International Atomic Energy Agency (IAEA) and its Director-General to ensure the nuclear safety and security of, and the application of safeguards to, nuclear material and facilities in Ukraine.

“We call on Russia to immediately withdraw its forces from Ukraine’s nuclear facilities and to return full control to legitimate Ukrainian authorities. We reiterate that the IAEA must be able to access all nuclear facilities in Ukraine safely and without any impediments,” the statement said.

The G7 ministers called on Moscow to immediately comply with the legally binding order of the International Court of Justice of March 16, 2022, and to abide by the relevant resolutions of the UN General Assembly and stop its military aggression – to cease fire, and immediately and unconditionally withdraw its troops from the entire territory of Ukraine within its internationally recognised borders.

“Russia has violated the UN Charter, undermined the fundamental principles of the European security architecture as enshrined in the Helsinki Final Act and the Charter of Paris and will have to face consequences for its actions. We reject any notion of spheres of influence and any use of force that is not in compliance with international law. We will never recognize borders Russia has attempted to change by military aggression and will uphold our engagement in the support of the sovereignty and territorial integrity of Ukraine, including Crimea, and all states,” the statement said. It further condemned the ongoing attacks killing and wounding civilians and non-combatants, the systematic targeting of critical infrastructure and the extensive harm to healthcare personnel and facilities, as well as conflict-related sexual and gender-based violence in Ukraine.

“We will continue to support the ongoing investigations into violations of international law, including violations of international humanitarian law, human rights violations and potential war crimes and crimes against humanity committed in Ukraine. We support investigations by the Prosecutor of the International Criminal Court, the Prosecutor-General of Ukraine, and other national prosecutors who are able to establish jurisdiction under national law. Further, we fully support the Commission of Inquiry mandated by the UN Human Rights Council, the UN Human Rights Monitoring Mission in Ukraine and the efforts of civil society organizations to investigate violations and document potential war crimes. We commit to providing investigative support, technical expertise, funding and other assistance to work towards ensuring the accountability of those who are responsible for the atrocities and crimes committed,” it asserted.

It further condemned as “irresponsible” threats of use of chemical, biological or nuclear weapons or related materials by Russia and reiterated that any use of such weapons would be met with severe consequences.

Expressing concerns over the steep price rises in commodity markets and the threats to global food security because of “Russia’s unilateral actions restraining Ukrainian agricultural exports”, the G7 told Moscow to cease immediately its attacks on key transport infrastructure in Ukraine, including ports, so that they can be used for exporting Ukrainian agricultural products.

It further announced that it will address the causes and consequences of the global food crisis through a Global Alliance for Food Security, which is to be launched officially at the G7 Development Ministers meeting, and other efforts in close cooperation with international partners and organisations beyond the G7. “We will closely cooperate with international partners and organisations beyond the G7, and, with the aim of transforming political commitments into concrete actions as planned by various international initiatives such as the Food and Agricultural Resilience Mission (FARM) and key regional outreach initiatives, including towards African and Mediterranean countries,” the statement said.

It underscored that the sanctions and export controls against Russia do not target essential exports of food and agricultural inputs to developing countries and to this end include measures to avoid any negative consequences for the production and distribution of food. “We reaffirm our commitment to protect the most vulnerable countries and people suffering from Russia’s war against Ukraine and its global repercussions,” it said.