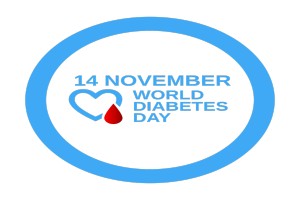 The Nurse and Diabetes Diabetes is a chronic disease, which occurs when the pancreas does not produce enough insulin, or when the body cannot effectively use the insulin it produces. This leads to an increased concentration of glucose in the blood (hyperglycaemia).

Type 1 diabetes (previously known as insulin-dependent or childhood-onset diabetes) is characterized by a lack of insulin production.

Type 2 diabetes (formerly called non-insulin-dependent or adult-onset diabetes) is caused by the body’s ineffective use of insulin. It often results from excess body weight and physical inactivity.

Gestational diabetes is hyperglycaemia that is first recognized during pregnancy.

Diabetes is a major cause of blindness, kidney failure, heart attack, stroke and lower limb amputation.The global prevalence of diabetes has nearly doubled since 1980, rising from 4.7% to 8.5% in the adult population.

The first WHO Global report on diabetes published in 2016, demonstrated that the number of adults living with diabetes had almost quadrupled since 1980 to 422 million adults. In 1980, 108 million adults were diabetic. This dramatic rise is largely due to the rise in type 2 diabetes and factors driving it include overweight and obesity.

Almost half of all deaths attributable to high blood glucose occur before the age of 70 years. WHO estimates that diabetes was the seventh leading cause of death in 2016.

A healthy diet, regular physical activity, maintaining a normal body weight and avoiding tobacco use are ways to prevent or delay the onset of type 2 diabetes.

It was in the year 2007 when the United Nations General Assembly adopted resolution 61/225 designating 14 November as World Diabetes Day. The document recognised “the urgent need to pursue multilateral efforts to promote and improve human health, and provide access to treatment and health-care education.”

The resolution also encouraged Member States to develop national policies for the prevention, treatment and care of diabetes in line with the sustainable development of their health-care systems. This year’s World Diabetes Day focuses on the nurse and diabetes. The theme for World Diabetes Day 2020 is “The Nurse and Diabetes.” The campaign aims to raise awareness around the crucial role that nurses play in supporting people living with diabetes. According to the United Nations, nurses currently account for over half of the global health workforce. They do outstanding work to support people living with a wide range of health concerns. People who either live with diabetes or are at risk of developing the condition need their support too.

People living with diabetes face a number of challenges, and education is vital to equip nurses with the skills to support them.

0
0
Tags: diabetes The first WHO Global report on diabetes published in 2016 The Nurse and Diabetes World Diabetes Day - 14 November