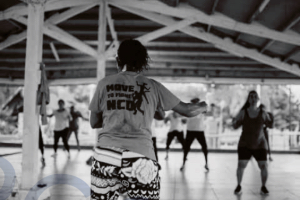 Geneva: Noncommunicable diseases (NCDs) – chief among them, cardiovascular diseases (heart disease and stroke), cancer, diabetes and chronic respiratory diseases – along with mental health, cause nearly three-quarters or 74% of deaths in the world.

Every year, noncommunicable diseases (NCDs) claim the lives of 17 million people under the age of 70 – one every two seconds. Most of these premature deaths are preventable. NCDs affect all countries and regions, but by far the largest burden falls on low- and middle-income countries, which account for 86% of these premature deaths. The COVID-19 pandemic took an especially heavy toll on people living with NCDs, highlighting how these diseases undermine the very foundations of good health.

The term “NCD” can cover a range of diseases. In 2011, the first-ever High-level Meeting of the United Nations General Assembly on the Prevention and Control of NCDs officially focused global action on four major diseases and four main risk factors.  The broader scope is known as the “4 x 4 NCD agenda”. In 2018, a subsequent UN High-level Meeting broadened the scope of diseases outlined in the Global Strategy for the Prevention and Control to include mental health conditions and air pollution. This is now known as the “5 x 5 NCD agenda”.

However, the clock is ticking towards the 2030 deadline for achieving the Sustainable Development Goal target to reduce premature mortality from NCDs by one-third.

“Currently, we are far off track,” says a report – Invisible numbers: The true extent of noncommunicable diseases and what to do about them – released today by the World Health Organization. According to the report, if every country were to adopt the interventions that are known to work, at least 39 million deaths could be averted by 2030, and countless other lives would be longer, healthier and happier.

The report is a reminder of the true scale of the threat posed by NCDs and their risk factors. But, crucially, it also shows what can be done to avoid them. There are cost-effective and globally applicable interventions that can protect people from NCDs or minimize their impact. Every country, no matter its income level, can and should be using and benefitting from these policies – saving lives and saving money.

Following are the key findings of the report: