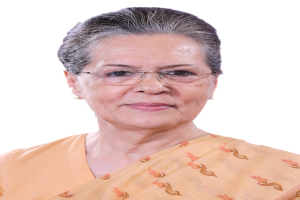 Sonia is to appear before ED again on July 25

New Delhi: The Enforcement Directorate (ED) today recorded the statement of the Congress Party president Sonia Gandhi for two hours in the National Herald money laundering case and ended the session for the day on her request as she is recovering from COVID. She has been summoned again on July 25 by the ED. But today, it was the real show of strength by the Congress Party which protested against the ED interrogation. Congress Chief Ministers and MPs were among the 80 leaders who were detained by the police. Hundreds of Youth Congress activists protested and courted arrest.

75-year-old Sonia arrived at the ED headquarters here on APJ Abdul Kalam Road around 12 noon accompanied by her daughter and Congress general secretary Priyanka Gandhi Vadra. There were acrimonious scenes at the ED office when both arrived as the police had a tough time controlling the mob. While Sonia was being questioned, Priyanka Gandhi stood in a separate room with the medicines for her mother. An ambulance was also stationed outside the ED office as a precautionary measure.

Sources said her questioning began around 12.30 pm after completion of some formalities like verification of summons and signature in the attendant sheet. Around 2.15 pm, Sonia left the ED office. She was allowed to leave on her request made on medical grounds. The probe relates to alleged financial irregularities in the Congress-promoted Young Indian Private Limited, which owns the National Herald Newspaper.

Congress leaders and workers in the national capital as well as in state capitals protested over the ED’s “harassment” of the party leader. The massive show by Congress leaders was aimed to express solidarity with the party chief and oppose what the Congress believes as BJP’s political vendetta “This is a bogus case. The charges are baseless and false. The ED questioning is just an attempt to browbeat the Congress leadership,” said the All India Congress Committee general secretary and chief spokesman Jairam Ramesh.

Ever since morning, party activists started reaching the AICC headquarters as well as MP residences, Parliament and also ED office on APJ Kalam Road, even as the police were heavily deployed. Protests continued till Sonia Gandhi moved out of the ED office. About 80 top Congress leaders were detained by the police while holding demonstrations. Senior Congress leaders including P Chidambaram, Mallikarjun Kharge, Ashok Gehlot, Shashi Tharoor, K C Venugopal, Adair Ranjan Choudhary, Sachin Pilot, Harish Rawat and others were detained.

When Congress MPs left Parliament House to Congress headquarters, about 60 MPs were taken away by police in buses. Kharge said that the ruling party was showing its high-handedness by misusing the probe agencies by asking them to target Opposition leaders. “They want to show us how powerful they are. Depender Hooda that they are protesting peacefully,” he said. Rajasthan Chief Minister Ashok Gehlot said since Sonia Gandhi is above 70 years of age, the ED should have gone to her house for investigation.

The show of strength was on the lines of one staged in support of former party chief Rahul Gandhi who had appeared before ED for five days starting June 13, 2022, and faced questioning for over 50 hours over a span of Five days. The National Herald case has been in the limelight for the past few months as the ED has been investigating the role of the Gandhis and summoned both for questioning. When Rahul Gandhi was questioned by the ED, Sonia Gandhi was recovering in a hospital from COVID-related ailments. Upon her return, Sonia had requested a fresh date of appearance, which was fixed by the agency on July 21.

Party insiders said that AICC general secretary in charge of organisation KC Venugopal and Priyanka Gandhi Vadra as well, have been discussing strategy over summons to Sonia with the senior leaders over the past few days. As a result, all the senior leaders including AICC general secretaries, in charge of States, AICC secretaries and members of the Congress Working Committee, besides the heads of the frontal organisations like the Youth Congress, National Students Union of India and Manila Congress, would converge at the party headquarters at 24 Akbar Road in the morning to express solidarity with the party and stage a peaceful protest.