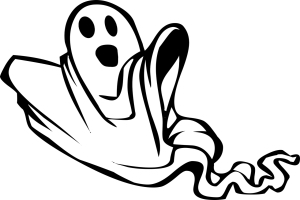 New Delhi: The Election Commission of India has initiated action for enforcing due compliances by Registered Unrecognized Political Parties (RUPPs) for relevant sections 29A and 29C of the Representation of People’s Act 1951. The Commission is cognizant that compliance to the conditions and regulations in the said Act are essential conditions for maintaining financial discipline, propriety, public accountability, transparency and empowering voters for making informed decisions.

Besides, 87 RUPPs have been found to be not in existence, the ECI said.

While for the year 2019, 2056 RUPPs have not yet filed their Annual Audited Accounts, in General Elections 2019, out of 2354 RUPPs only 623 contested elections⁓70% RUPPs did not contest elections.

Out of 115 RUPPs (headquartered in the 5 election gone States of Assam, Kerala, West Bengal, Tamil Nadu & UT Puducherry) and which contested Assembly elections of 2021, only 15 RUPPs have filed their Election Expenditure Statement to date.

In the absence of required compliance, the electorate and ECI are deprived of basic factual information in ensuring ECI’s mandate of conducting free, fair and transparent elections. The Commission has evidence of serious financial impropriety, willful attempts for tax evasion and other illegal financial activities against three specific Registered Unrecognized Political Parties (RUPPs) amounting to fraudulent use of privileges and public trust available to them.

There are 2796 Registered Unrecognized Political Parties (RUPP) as in September 2021, which is an increase of over 300% since 2001. Every RUPP so registered is required to comply with the following rules/instructions and directions: