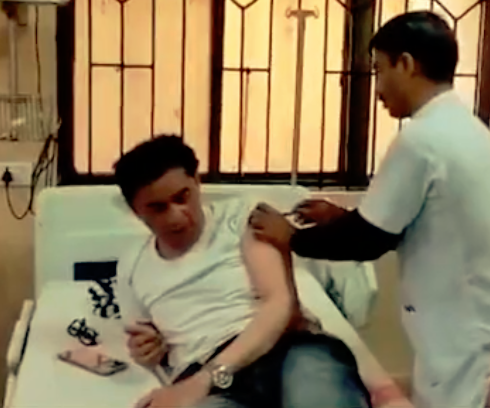 New Delhi: Following an attack on the State-in-charge of All India Congress Committee (AICC), Dr Ajoy Kumar, in Jirania on January 18, 2023, the Election Commission of India today directed the Tripura Chief Secretary and the State Director General of Police to suspend and immediately remove the sub-divisional police officer (SDPO) of Jirania sub-division in West Tripura.

The AICC had made a representation before the Commission on January 19 on the attack on Dr Kumar, and the Commission said the report from the State Government confirmed that he sustained “minor injuries in an unlawful rally”. The Commission said the incident happened in an area where permission was not given by district authorities and dismissed claims of the AICC that Dr Kumar had received serious injuries.

Media reports suggested that Congress leader Dr Kumar, a former Indian Police Service officer who was elected as the Member of Parliament in the 15th Lok Sabha from the Jamshedpur Lok Sabha constituency, sustained head injuries after he was attacked allegedly by workers of the ruling Bharatiya Janata Party (BJP) during a Congress bike rally. Dr Kumar, who is also a former president Jharkhand Pradesh Congress Committee,  later in his tweet squarely blamed the Bharatiya Janata Party for the attack.

The Commission today also appointed three special observers – Yogendra Tripathy (IAS:1985, Karnataka), Vivek Johri (IPS:1984, Madhya Pradesh), and B. Murali Kumar, a retired Indian Revenue Service officer of the 1983 batch who did election duties as Special Observer in Assembly elections of Gujarat and Uttar Pradesh, 2022 and West Bengal, 2021 and was instrumental in the seizure of more than Rs. 800 crores in the last concluded Gujarat Assembly elections.

The Special Observers have been asked to proceed to the State immediately to take stock of the situation, ensure proper deployment of Central Armed Police Forces (CAPF), intensify enforcement measures and report back to the Commission.

The Commission has also sought an explanation from the Chief Secretary and Director General of Police, Tripura on why the situation escalated despite a sufficient number of CAPF personnel deployed in the State. The Commission conveyed its displeasure in no uncertain and strongest terms on the violent incident despite the Commission’s strict directions during a visit to the state and thereafter.

The Commission also directed the Chief Electoral Officer, Tripura to reiterate to the District Election Officers to facilitate the permission to political parties on a first-come-first-served basis and popularise the SUVIDHA App for disposing-off applications of political parties for meetings, rallies, and roadshows.