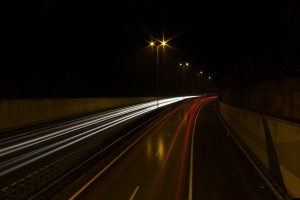 Guwahati: Disappointed with the Assam government road transport officials for imposing fine on the vehicles with higher speed on the four-lane national highways, All Assam Engineer’s Association (AAEA)

urged the transport department to revise the policy immediately, as it has been turned into a revenue generation scheme in the name of initiatives to diminish road accidents.

The transport department has lately started a ‘fine-collection’ drive (Rs 2000 at a time) on the national highways citing the higher speed of vehicles where in some locations (not talking about Kaziranga locality) it is as low as 40 kilometre per hour. But its specified speed limit is too low compared to the national standards, which allows a private vehicle to move with 100 kmph on NHs and up to 120 kmph on expressways.

Of course, the speed limit for bike-riders on highways and expressways is fixed on 80 kmph and heavy vehicles (buses, trucks, etc) at 100 kmph, stated the forum of graduate engineers adding that Union Road
Transport and Highways Minister Nitin Gadkari recently advocated for the increase of maximum speed limits by at least 20 kmph on multi-lane roads as India has lately improved the quality of highways.

“As Assam has been penalising the high-speed drivers, should one assume that the quality of four-lane highways inside the State is not up to the mark ! If that is true, why the travellers are being forced to pay money in all the toll-gates here?” questioned the AAEA adding that the automobile science narrates that if a vehicle is driven in a relatively lower speed, it consumes more fossil fuel every minute (meaning more deposits of carbon and carbon-mono-oxide in the air).

The most fuel-efficient speed is prescribed as around 80 kmph for the light motor vehicles. It also depends on proper tire-pressure, aero-dynamism, driver’s skill (not to use brakes unnecessarily and accelerate suddenly), elaborated AAEA president Er Kailash Sarma, finally urging State transport minister Chandra Mohan Patowary to look into the matter seriously.