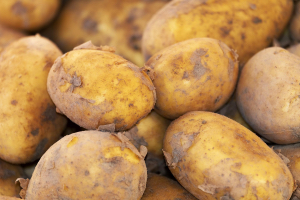 Dublin:  Potatoes are the world’s third most important food crop and are regularly consumed by billions of people. They also generate income for small-scale producers, offer a low-fat, high-fibre source of healthy carbohydrates rich in antioxidants and nutrients, and also generate fewer greenhouse gas emissions than other major crops.

The International Potato Center gene bank in Lima in Peru has conserved more than 7 000 different native varieties and wild relatives, which have a wide range of traits, including the ability to adapt to different production environments and to resist various pests and diseases.

In China, potatoes are regarded as the preferred crop for increasing income and reducing poverty, he said, noting the plant’s spatial distribution in the country closely maps that of formerly poor areas, especially in mountainous areas.

Today potatoes, whose genetic origins are in South America, are cultivated on more than 20 million hectares in 150 countries for a total global output of 359 million tonnes in 2020.

Potatoes could contribute even more to world history and global food security, and total production of the food crop could double in the next 10 years, QU Dongyu, Director-General of the Food and Agriculture Organization of the United Nations (FAO), said today in his keynote presentation to the 11th World Potato Congress (WPC) convened in Dublin.

“Potato will become one of the advantage crops in the global food security system when the yield of other cereal crops is close to the limit,” Qu said.

While hailing the genius of the peoples of Peru and Bolivia who domesticated the potato, the Director-General noted that Asia and Africa are the regions with the fastest growth of potato production today, while output is declining in Europe and North America. Globally, potato output has grown even as the land devoted to their cultivation has decreased, highlighting the role of improved yields, said Qu.

Qu is an acclaimed expert on the food crop. Earlier in his career, he helped organize the 2015 WPC in China and served as a trustee of the International Potato Center. He emphasized that the relatively low natural resource requirements of potatoes make them an important food crop for people to survive during famine and disaster relief.

The Director-General called on multiple partners to help “greatly improve” potato agrifood systems on the national, regional and global levels.

Noting the importance of providing decent rural employment, offering nutritious food and emphasizing the need for inclusive policies, plans and actions, he called for increasing support for potato genetic improvements and shorter breeding cycles for potato varieties, and the potential value of virus-free potato seed systems.

Charlie McConalogue, Ireland’s Minister for Agriculture, Food and the Marine also participated in the opening session of the 11th World Potato Congress, which included a session on how to reconstruct the potato sector of Ukraine, the world’s fourth-largest producer.