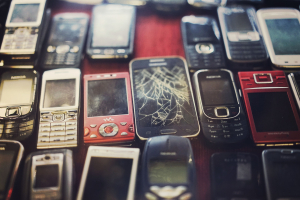 Geneva: Did you know that every time you download an email you are contributing to global warming? Every tweet, search, or checking of a webpage, creates pollution. Digital is physical. Digital is not green.

While digitalization comes with many economic benefits, its effect on the environment is often overlooked. But the rapidly growing digital ecosystem is exacting a heavy toll on the planet, warned Gerry McGovern, author of the book “World Wide Waste”, during a session of UNCTAD’s eCommerce Week 2022. He said digital technologies are fuelling the climate crisis. Only drastic behaviour-change will make them work for people and the planet.

“We are killing the planet through the use of technology,” McGovern said.

He cited the 120 trillion spam emails sent every year, creating 36 million tons of CO2 emissions. About 3.6 billion trees would need to be planted every year to offset the pollution.

McGovern drew attention to digitalization’s enormous material impact on the Earth and living systems. A smartphone, for instance, can contain 1,000 materials. Humanity pulls some 100 billion tonnes of raw materials out of the fabric of the planet annually, equivalent to destroying two-thirds of the mass of Mount Everest every 12 months.

Digital development is not ‘ecologically neutral’

UNCTAD Deputy Secretary-General Isabelle Durant had earlier underlined that digital development is not “ecologically neutral”. Every time we download an email, tweet or search on the web, we create pollution and contribute to global warming, Durant said. “So paradoxically, digital is very much physical.”

She added: “Data centres are not in the cloud. They are on Earth, in massive physical buildings filled with energy-intensive computers.”

Digitalization seems invisible and is often sold to us as free technology, she said.  “But it’s not. And it’s something we need to seriously consider in how we develop and use digital tools.”

McGovern said only 5% of data is managed while the rest is digital waste. “There’s a massive waste problem in digital. Most of the massive data created has no value.”

He criticized big tech companies for designing devices that need to be updated or replaced frequently and are difficult to recycle, warning that waste from old phones, computers and screens is piling up fast.

Less than 20% of e-waste is recycled, he said, and most of the “recycling” is done in a way that is highly polluting – often dumped by “ships of doom” in developing nations, causing untold environmental harm.

Digitalization could help the planet

But a different digital future is possible. If used wisely, McGovern said, digital tools could help save the planet by making things more efficient and more environmentally friendly, while improving living standards.

This requires a rethink about technology, warning that business as usual would lead to “environmental Armageddon”.

He urged radical behaviour change in the use of digital tools, saying people should delete as much digital data as they create. He also called for more training and education to boost people’s skills in organizing information and data. “These are skills that are not expensive technologically but bring a lot of benefits to the society,” he said.

Underscoring the need to change the culture of waste, McGovern urged people to think twice before upgrading a gadget. “Keep things until they break and then fix them. We must make things that last and make things last,” he said.