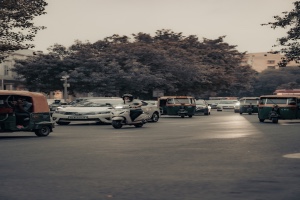 New Delhi: The Governments of Delhi, Haryana, Rajasthan and Uttar Pradesh of the National Capital Region (NCR) today signed a Combined Reciprocal Common Transport Agreement (CRCTA) that would facilitate a seamless movement of passenger vehicles in the NCR.The CRCTA shall come into force with immediate effect, for ensuring the seamless movement of passenger vehicles in NCR shall be valid for the next 10 years. The Combined RCTA for Stage and Contract Carriages for Passenger vehicles in NCR builds on the earlier separate RCTAs for these two categories and takes it further to facilitate ease of seamless passenger transport in NCR.

The agreement ensures unrestricted movement of buses, taxis, and auto-rickshaws within NCR, which facilitates the general public to commute between Delhi and the rest of NCR seamlessly. It provides for countersigning of permits/licenses for motor cabs/Taxis/Auto Rickshaw registered in NCR for seamless movement single point taxation for mass public transport vehicles of State transport undertaking inter-city buses, to ease traffic congestion and reduce air pollution, Clean Emission Norms as per Government of India, provisions for aggregators and e-vehicles as per Ministry of Road Transport and Highways (MoRTH) and Ministry of Power guidelines.

Key highlights of the CRCTA include:

The new agreement provides for single-point taxation to state-owned transport bodies wherein road tax/passenger tax shall be payable by them only in one NCR State and exempted from such taxes/fees in the other NCR States. This has been agreed by all the NCR States with a view to nudging passenger shift from private to public transport to contribute towards a reduction in pollution in NCR.

The new Combined agreement also provides for exemption in such taxes to buses of educational institutions. The NCR States have agreed to forego such revenues in the larger public interest of cleaner NCR. Such revenue loss is estimated to be around Rs.100 crore annually. Hence this new Combined RCTA for Stage and Contract Carriages in NCR, heralds a higher level of inter-state cooperation, under the leadership of the NCR Planning Board.

NCR States shall take initiative to computerize the database of drivers, vehicle registration and other related information in the NCR districts on a priority basis. States should also endeavour to implement the usage of RFID, Speed Control device, Fast Tag, Trauma Care, single-window Tax collection, bar-coding of finger-prints of drivers and GPS vehicle tracking system in a phased manner.