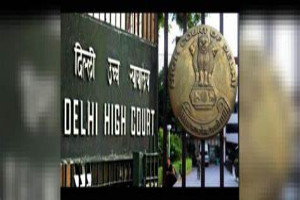 New Delhi: Chief Justice of Delhi High Court has directed that Delhi District Court Judges should send intimation of their intention to take leave at least one day in advance to their concerned District and Session Judge and that the same should be updated on the Delhi District Courts Website immediately.

It was further directed that in case of any hardship or unforeseen exigency, when any leave is applied at the last moment, intimation by/ through concerned judicial officer be sent promptly, using electronic means, so that the same is received at the office of principle of District and Sessions Judge before 10 a.m., enabling the uploading of the same forthwith on the website for intimation of all concerned.

This notification has come pursuant to Public Interest Litigation Writ Petition (Civil) 10651/2019 titled Amish Agrawala Advocate Vs. Registrar General, Delhi High Court, filed by a Delhi based Advocate, seeking directions for prior intimation of leave by judicial officers intending to take leave, as is done by the judges of the High Court.

The Division Bench said the necessary direction would be passed on the administrative side.

In the writ petition it was asserted that absence of leave by a judicial officer is never informed in advance to the public.

There is a “Judges on Leave” section on the website of the Delhi District Courts, but it updates Judges on leave for a particular day only on the concerned day itself, that to only post 11:00 am. In the meantime, thousands  scramble to get to court in time, giving countless hours in preparing cases the day prior.

The direction is a welcome step towards better management of court systems in Delhi, said petitioner Amish Aggarwala, who has been practising law in Delhi for the past 8 years.