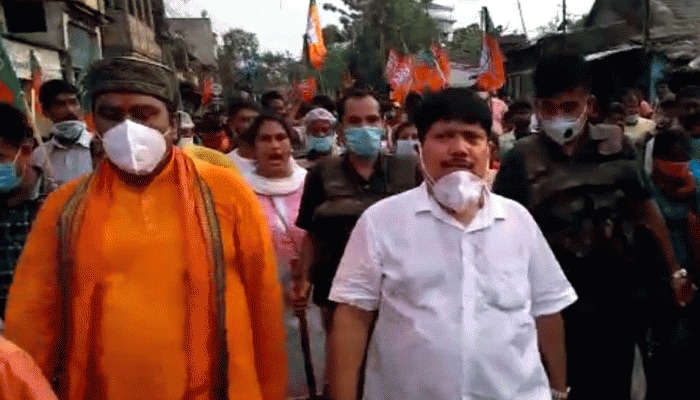 Kolkata: At least four Bharatiya Janata Party workers were injured when crude bombs were hurled at BJP workers ahead of a  BJP protest march from Shyamnagar to Bhatpara, against alleged corruption in Amphan relief distribution, harassment of BJP workers by police, and various other issues in Barrackpore in North 24 Parganas district earlier on Saturday.

The incident took place near  Shyamnagar powerhouse, and it delayed the protest march, which could resume afterwards.

BJP MP from Barrackpore, Arjun Singh too participated in the protest march. It may be recalled that July 5, goons had attacked Singh’s car in North 24 Parganas’ Halisahar and the Bjp had alleged that the goons were Trinamool Congress’s cadres and the saffron party workers had allegedly retaliated by vandalising a TMC party office in Halishar following the attack on the MP’s car.