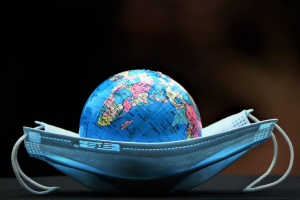 Geneva:  During the week of 13 until 19 June 2022, over 3.3 million COVID-19 cases were reported, a 4% decrease as compared to the previous week, the World Health Organization stated here today.

The number of new weekly COVID-19-related deaths too declined by 16% as compared to the previous week, with over 7500 fatalities reported, it added.

Globally, the number of new weekly cases has continued to decline since the peak in January 2022. 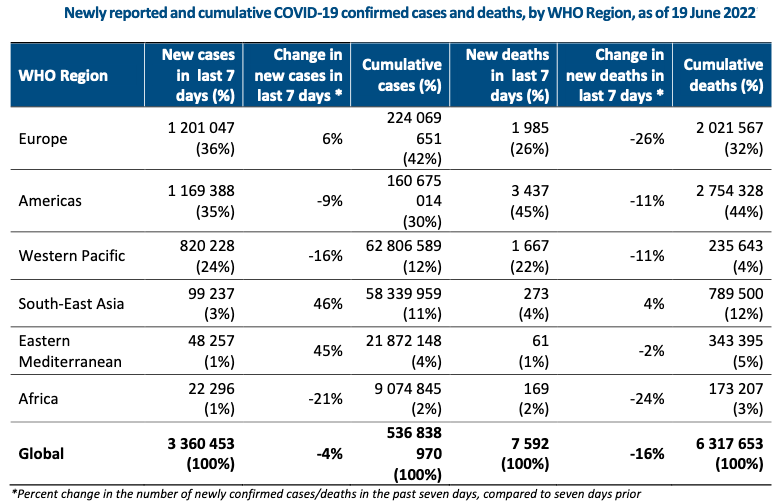 The Omicron Variant Of Concern (VOC) continues to be the dominant variant circulating globally, accounting for nearly all sequences reported to GISAID between 17 May and 17 June 2022. Among Omicron lineages, as of epidemiological week 23 (6 to 12 June 2022), the proportions of BA.2 and its descendent lineages (pooled lineages named BA.2.X) are declining but nonetheless remain dominant, accounting for 36% and 12% respectively. 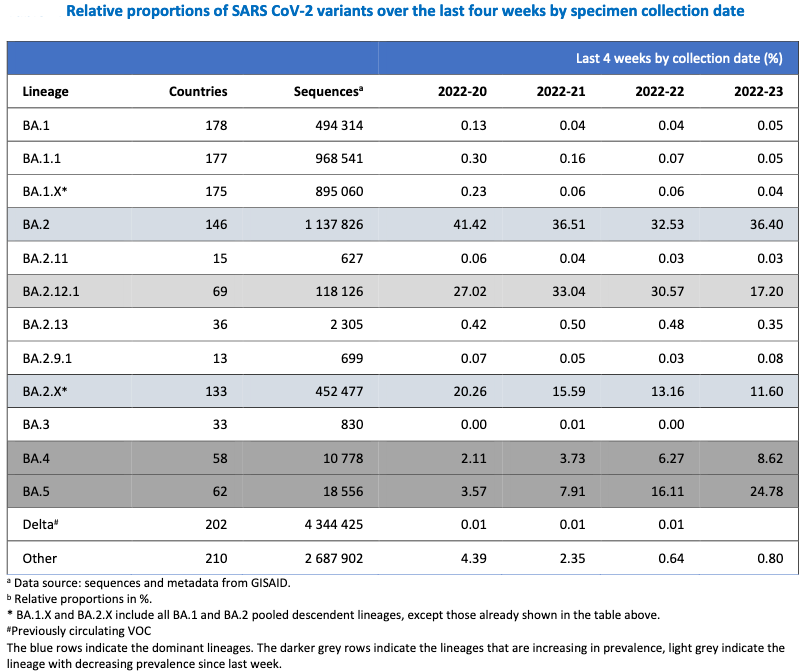