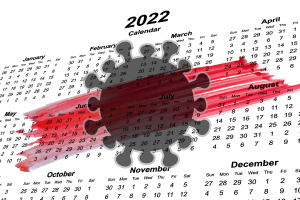 Geneva: Globally, the number of new weekly cases of COVID-19 has continued to decline since a peak in January 2022. During the week of May  23 until 29, 2022, over 3.3 million cases were reported, an 11% decrease as compared to the previous week.

The number of new weekly COVID-19 related deaths also continues to decline, with over 9 600 fatalities reported, representing a 3% decrease as compared to the previous week.

However, the World Health Organization (WHO) Director-General Dr Tedros Adhanom Ghebreyesus referred to the “concerning” trends in several regions. “Reported cases and deaths are increasing in the Americas, while deaths are also increasing in the Western Pacific region and in Africa,” he told reporters here and emphasized that the pandemic is not over. “We continue to call on all countries to maintain testing and sequencing services, to give us a clearer picture of where the virus is spreading, and how it’s changing. And we call on all countries to vaccinate all health workers, older people and other at-risk groups,” he said.

At the regional level, the number of new weekly cases increased in the American Region (+9%) and in the Eastern Mediterranean Region (+1%), while it decreased in the remaining four World Health Organization (WHO) regions.

The number of new weekly deaths increased in the Western Pacific Region (+18%), in the African Region (+15%), and in the Region of the Americas (+13%), while decreasing trends were observed in the remaining three regions. 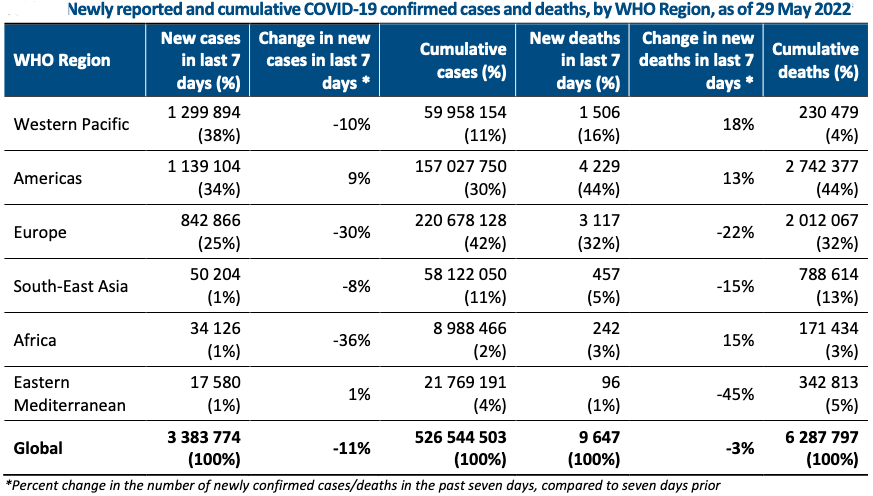 As of May 29, 2022, over 526 million confirmed cases and over six million deaths have been reported globally.

There continues to be a decline in the number of SARS–CoV–2 sequences submitted to the Global initiative on sharing all influenza data (GISAID), with 152 476 submitted within the last 30 days. The Omicron Variant Of Concern (VOC) remains the dominant variant circulating globally, accounting for nearly all sequences reported. Among the Omicron sublineages, BA.2 is the dominant sublineage, despite declining from 78% to 75% of Omicron sequences submitted in the last 30 days. The BA.1 sublineage has also declined in prevalence from 7% to 4%.