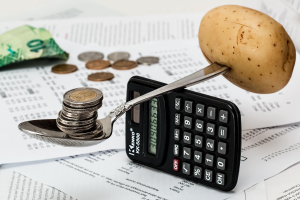 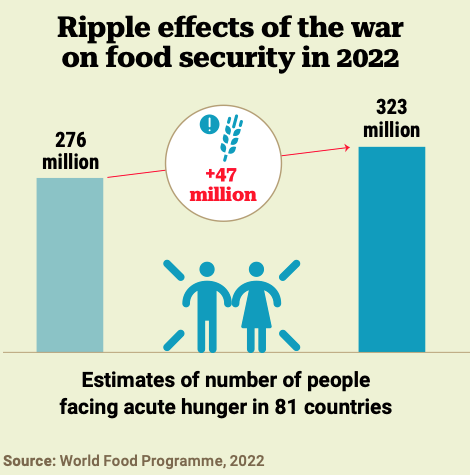 Geneva: After two years of fighting COVID-19, the world economy has been left in a fragile state, and the ripple effects of the war in Ukraine are further extending human suffering far beyond its borders, the second brief of the Global Crisis Response Group on Food, Energy and Finance, launched today by the United Nations Secretary-General António Guterres and the United Nations Conference On Trade And Development (UNCTAD) Secretary-General Rebeca Grunspanthe, stated.

The war, in all its dimensions, has exacerbated a global cost-of-living crisis unseen in at least a generation, compromising lives, livelihoods, and our aspirations for a better world by 2030. The ability of countries and people to deal with adversity has therefore also been eroding, it said. 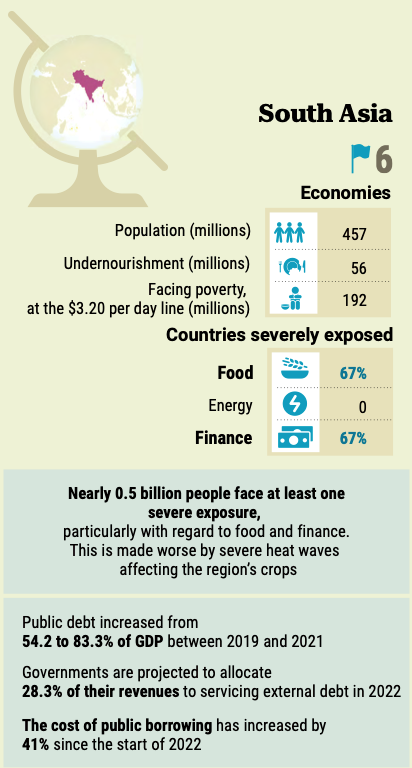 In South Asia, which includes India, 0.5 billion people are severely exposed to the food and financial dimensions, a situation made worse by severe heat waves affecting the region’s crops, the report says.

Today, 60 per cent of workers have lower real incomes than before the pandemic; 60 per cent of the poorest countries are in debt distress or at high risk of it; developing countries miss $1.2 trillion per year to fill the social protection gap, and $4.3 trillion is needed per year – more money than ever before – to meet the Sustainable Development Goals (SDGs).

As the war erupted, global average growth prospects have been revised downward; many countries’ fiscal balances have deteriorated, and the average household has lost 1.5 per cent in real income due to price increases in corn and wheat alone.

Worldwide, more people have been facing famine-like conditions, and more people have faced severe hunger emergencies. The lingering effects of the pandemic, coupled with the war in Ukraine and the impacts of climate change, are likely to further increase again the ranks of the poor. And as poverty increases so does vulnerability, particularly for women and girls. 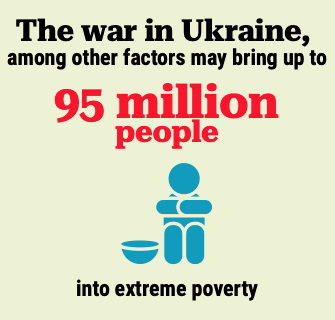 “The report demonstrates the interconnected nature of the 3 dimensions of the crisis: food, energy, and finance. And that tackling just one aspect, will not solve the global crisis we are in. This is creating a cost-of-living vicious cycle increasing the impact on families and countries. Incomes are being squeezed, and families are forced to decide how to allocate shrinking household finances,” Rebeca Grunspanthe said.

Countries and people with limited capacity to cope are the most affected by the ongoing cost-of-living crisis, the report points out and explains that three main transmission channels generate these effects: rising food prices, rising energy prices, and tightening financial conditions.

“Each of these elements can have important effects on its own, but they can also feed into each other creating vicious cycles – something that unfortunately is already starting,” it says. For instance, high fuel and fertilizer prices increase farmers’ production costs, which may result in higher food prices and lower farm yields. This can squeeze household finances, raise poverty, erode living standards, and fuel social instability. Higher prices then increase pressure to raise interest rates, which increases the cost of borrowing for developing countries while devaluing their currencies, thus making food and energy imports even more expensive, restarting the cycle. 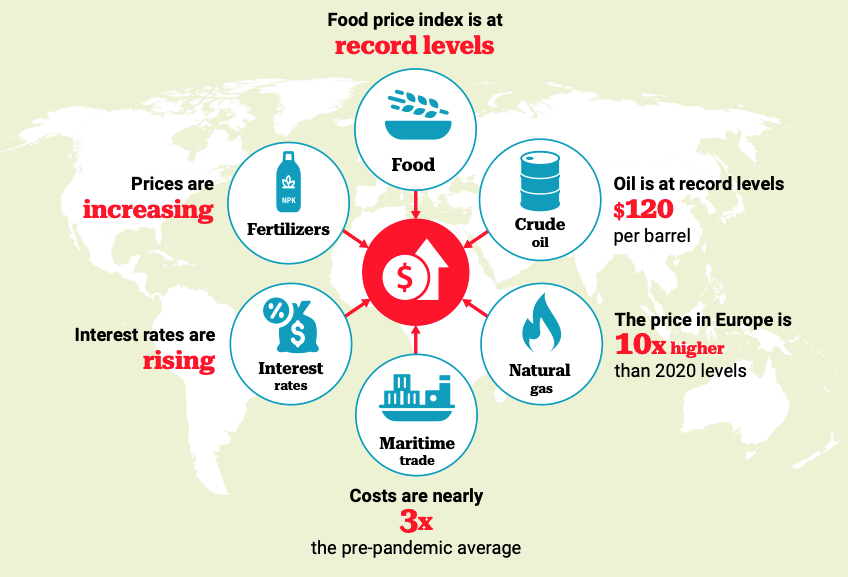 While this catastrophe has been years in the making,  the report mentions that since the war it has become unbearable for many countries. In 2022, between 179 million and 181 million people are forecasted to be facing food crisis or worse conditions in 41 out of 53 countries where data are available. In addition, 19 million more people are expected to face chronic undernourishment globally in 2023, if the reduction in food exports from the Russian Federation and Ukraine results in lower food availability worldwide. Record high food prices, exchange rate devaluation and inflationary pressures are key factors. While the FAO food price index had reached a record high in February 2022 before the war started, since then it has had some of the largest one-month increases in its history, with its record high in March 2022. 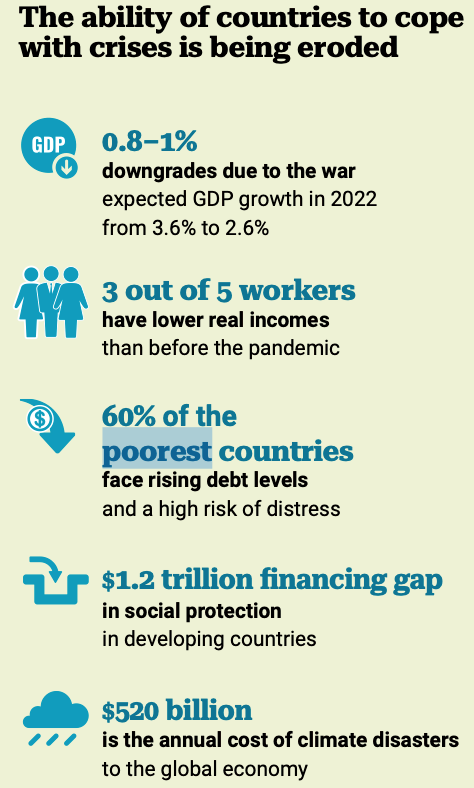 And yet, the report warns, despite a very challenging situation today, some factors suggest the food security situation may get much worse still in the coming seasons.

“Time is short to prevent a food crisis in 2023 in which we will have both a problem of food access and food availability,” it says. If the war continues and high prices of grain and fertilizers persist into the next planting season, food availability will be reduced at the worst possible time, and the present crisis in corn, wheat and vegetable oil could extend to other staples, affecting billions more people.

Grunpunthe referred to the recommendations on food, finance and energy. “Firstly, on food. We must stabilize global markets, reduce volatility, and tackle the uncertainty of commodity prices,” she said, adding that there can be no effective solution to the global food crisis without reintegrating Ukraine’s food production, as well as the food and fertilizer produced by Russia into world markets – despite the war. “Restoring fertilizer availability, ensuring small farmer access, and monitoring supplies everywhere for the next 18 months will be critical,” she said.

“Government must put in place social protection safety nets to offer targeted support to these groups and strengthen their ability to cope,” she added.

On finance, she said developing countries urgently need financial support from international financial institutions so they can help their poor and vulnerable population through social protection and safety nets schemes.

“International financial institutions must reactivate all their rapid disbursement mechanisms. Multilateral development banks must be capitalized and apply more flexible lending ratios. And we need a new emission of Special Drawing Rights from the International Monetary Fund, as well as more pledges to recycle them from countries with strong foreign reserve positions,” she said. “The funds exist and they must be made available. We must strengthen the global debt architecture…The G20 must reinstate the Debt Service Suspension Initiative and debt maturities should be pushed back by two to five years,” she added.

On energy, she said that the use of strategic stockpiles and additional reserves could help to ease the energy crisis in the short term. “But we must continue to push for transformational change, accelerating the deployment of renewable energy,” she said.