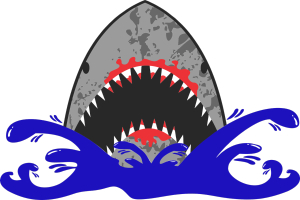 Bengaluru: Even as the dust of the 40% commission scandal that claimed the ministerial berth of senior Bharatiya Janata Party leader KS Eshwarappa is yet to die down, a ‘monsoon wave’ of corruption has lashed Karnataka.

Here are the waves: a High Court judge has said that a powerful lobby of corrupt officials is threatening him with a transfer following his remarks during a hearing of a bribery case; a senior Indian Police Service (IPS) officer has been arrested on corruption charges and a senior Indian Administrative Service (IAS) officer had to be jailed as authorities slow-tracked action against him in a corruption case.

Mincing no words, High Court judge Justice HP Sandesh reportedly told the Anti-Corruption Bureau (ACB) advocate: “Your ADGP is apparently so powerful and some person has spoken to one of the judges in the High Court. That High Court judge came, spoke to me and said I could be transferred. I will not hesitate to name the judge who came and sat with me and cited that example. There is a threat of transfer to this court. I am going to protect the independence of the judiciary at the cost of my judgeship.”

He was hearing the petition filed by a deputy tahsildar who was arrested in the bribery case being probed by ACB. During earlier hearings, Justice Sandesh had observed that there were allegations against the institution of ACB itself. Questioning why the Bengaluru Urban DC, under whose office the tahsildar worked, was not named in the FIR, the judge had termed ACB a “centre of corruption” and said it is headed by a tainted ADGP.

The investigation agency is allegedly protecting corrupt officials by filing B-reports. In one such case, assets worth over Rs 4. 2 crores, including 5kg of gold, had been recovered from an IAS officer. But the officials filed just a B-report recommending closure of the case for lack of evidence.

In another case, senior IPS officer and Additional Director General of Police (Internal Security Division) Amrit Paul was arrested and suspended Monday for his alleged role in the police sub-inspector (PSI) recruitment scam.

It’s the first time in the State in recent times that such a high-ranking police officer has been arrested. He was heading the Karnataka police recruitment cell which ran into a scam as around 30 candidates secured top ranks by indulging in malpractices after colluding with middlemen and some police officers handling recruitment.

The government says the arrest of Paul marks a significant milestone in capping the recruitment scam, but the opposition Congress Party is keen to make it a political issue ahead of next year’s Legislative Assembly elections.

The State Home Minister had earlier denied that such a scam ever existed and the government had downplayed its magnitude. It was the high court that stepped in that led to such a high-profile arrest and this gave a keyhole view to the deep-rooted corruption in the government that goes all the way to Vidhana Soudha, opposition members claimed.

In yet another case, high-profile senior IAS officer J Manjunath, who was recently transferred from the post of deputy commissioner of Bengaluru Urban district following corruption charges, was arrested by the ACB yesterday. The arrest came soon after the HC called ACB a “centre of corruption” & a “collection centre.”

The spotlight fell on Manjunath after ACB officials raided the DC’s office following a complaint from land owner Azam Pasha who said he met Manjunath, who allegedly directed him to meet Mahesh. Pasha alleged that he was being forced to pay a bribe of Rs 15 lakh for a favourable order from the officials.