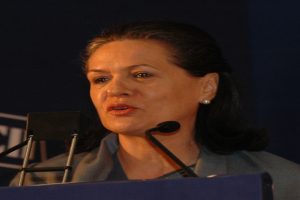 New Delhi: The Congress Party today wrote to Enforcement Directorate ( ED ) requesting more time for Congress Chief Sonia Gandhi to appear before it, in the National Herald case, which the ED sources said, has been accepted.

Senior leader Jairam Ramesh, wrote to ED, today, seeking postponement “ by a few weeks” for appearing before ED till complete recovery from COVID-19 and a lung infection. It was requested that Soni Gandhi, being 75, has been strictly advised to take rest at home following her hospitalisation on account of COVID.

Sonia Gandhi had been undergoing treatment at Delhi’s Gangaram Hospital from June 12, 2022, and was discharged on June 20. Party sources said that she had developed profuse bleeding from the nose following the COVID-19 infection and had also undergone a follow-up surgery. Since she has been strictly advised to rest at home following her hospitalisation, the ED was requested to postpone her appearance, till she recovered completely, Congress said.

It may be recalled that Sonia has been summoned by the ED on June 23 in the National Herald money laundering case in which her son Rahul Gandhi was questioned for 5 days over 50 hours. Rahul, yesterday, left the ED office in the national capital post-midnight after around 12 hours of questioning in connection with the money laundering case involving the National Herald newspaper.

It is learnt that Rahul may not be called again this week. The ED sources had said that the Congress leader was in denial of having any knowledge of the alleged illegal transactions and ‘accommodation entry of Rs 1 crore’ received from Kolkata-based hawala operators in the Young Indian. The ED is probing charges of alleged money laundering against shareholders of Young Indian, including Rahul and Congress chief Sonia Gandhi.

The Congress Party has been describing the whole enquiry as nothing but vendetta politics where the agency is simply prolonging interrogation sessions to harass its leader. Questioning the rationale of ED to quiz Rahul for five days, Congress remarked, “what is this Himalayan bundle of questions that never ends”. Being the majority shareholder of AJL does not make Young Indian owners of its assets, it claimed.

But the ED is refusing the Congress claim that no offence of money laundering is made out against Rahul and Sonia Gandhi in the absence of a predicate offence (FIR ) in the National Herald case, by stressing that both Gandhis have been on bail since 2015 when a Delhi court took cognisance of offences against them under sections of 420 and 120B of the Indian penal code.

ED officials also argue that the Gandhis were enlarged on bail because they were under SPG protection at the time, and the court noted that their safety and security may be jeopardised in case they are directed to part with their travel plans every now and then. Sources also argued that the registration of a case under the Prevention of Money Laundering Act (PMLA) was justified since the offences under sections 420 and 120B of the IPC, which the court has taken the cognisance of, are scheduled offences.

On the other hand, the Congress party continued to hold ‘Satyagraha’ at Jantar Mantar in New Delhi to protest against ED summoning Rahul Gandhi in the National Herald Case. The Congress-ruled Chief Ministers, Members of Parliament as well as party legislators from the states are participating in the ‘Satyagraha’ protest since Monday, June 20, 2022.

Rahul today said that the ED issue is a “small matter. The most important issue is joblessness”. He was addressing a conclave of leaders, today, at the Congress party headquarters, where a large number of leaders, MPs and MLAs from across the country had gathered in a show of strength against the ED summons for the Gandhis.

Rahul also shared with the Congressmen at the meeting, interesting anecdotes, which he encountered during the questioning by the ED during the five days.