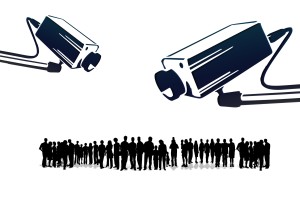 Responses to the pandemic have reproduced entrenched patterns of discrimination, social exclusion and violence

New York: As COVID‑19 is causing a human security crisis, China has  rejected the illegal surveillance of communications and collection of personal data, particularly the “large-scale electronic surveillance” carried out by the United States and other countries. “[The Federal Bureau of Investigation] and [Central Intelligence Agency] have been collecting and searching people’s international emails or phone calls,” China’s representative asserted at the Third Committee (Social, Humanitarian and Cultural) of the United Nations General Assembly during an interactive dialogue, here on October 29.

Condemning such behaviour as a “systematic violation of people’s right to privacy,” China’s representative underscored that illegal and arbitrary surveillance of communications and collection of personal data not only violates citizens’ right to privacy but also damages their freedom of speech, association and assembly.

Also read: After COVID-19, Corruption becomes a big issue at UN; to hold a special session on the topic in April next year

“Large-scale electronic surveillance carried out by the United States and other countries not only violates the human rights of their own citizens but also tramples on those of other people. Such behaviour amounts to a gross violation of sovereignty and breach of the Charter of the United Nations. FBI and CIA have been collecting and searching people’s international emails or phone calls,…a systematic violation of people’s right to privacy”, he said and urged the United States “to stop conducting such large-scale electronic surveillance globally.”

The creation of track and trace systems has revived questions around the limits of acceptable invasion into private life in the name of public safety. The Third Committee delegates were here  debating  ‘Acceptable Limits to Privacy Rights, Personal Data Use During Pandemic’,  amidst expert warning against  ‘Omni-Present Surveillance’.

“Technology-driven contact tracing has become, in some places around the world, disturbingly close to incessant and omnipresent surveillance,” said Joseph Cannataci, one of three experts briefing the Committee on broad questions of human rights. “Such surveillance is not the panacea for the COVID‑19 pandemic.” He said the main privacy risk is the employment of non-consensual methods — such as hybrid surveillance — which can be used for other purposes.

As personal data becomes a tool for Governments, scientists and companies in the fight against COVID‑19, the Special Rapporteur on the right to privacy told the Third Committee (Social, Humanitarian and Cultural), stressing that any increased technology use for surveillance or contact tracing must respect human rights and return to pre-pandemic norms once the virus risk has subsided.

Cannataci,  indirectly responding to China’s contention, pointed to a number of complex issues that must be studied further and about which he will provide updates in June 2021. He recalled that several companies are offering surveillance solutions to Governments, some of which entail “less privacy or human rights protection than others”. It is relatively cheap for Governments to buy those solutions, and he cautioned against the temptation to continue their use after the pandemic. He called on China to accept his invitation to visit and assess first-hand whether the laws are working well in practice. China’s representative outlined measures his country had taken to guarantee its citizens’ rights to social development, as well as its efforts to foster international cooperation to defeat the pandemic, including its timely sharing of the SARS‑CoV‑2 gene sequence and successful treatments. “China will continue to fulfil its international obligation until the pandemic is eventually defeated,” he said.

The Special Rapporteur on the right to privacy further said the pandemic has highlighted the significance of privacy as a human right, stressing that “the fight against the virus has seen individuals’ data become a key tool for Governments, scientists and others — including corporations.” While the “privacy-intrusive” practice of contact tracing can be classified as “a necessary public health measure”, Cannataci expressed concern over reports of personal and health data, combined with technology, being used to exert control over citizens — possibly to little public health effect, which raises questions over their necessity and proportionality.

Public health emergencies have always provided a legitimate basis for the processing of data. There is sufficient guidance available for any country collecting data as part of its COVID‑19 response, which enables its use to be “demonstrably lawful, necessary and proportionate in a democratic society” and the World Health Organization (WHO) provides guidance in this area.

Regarding the use of technology in pandemic responses, Cannataci said the main privacy risk lies in the employment of non-consensual methods — such as hybrid surveillance — which can be used for other purposes. “Technology-driven contact tracing has become disturbingly close to incessant and omnipresent surveillance,” he warned. “Such surveillance is not the panacea for the COVID‑19 pandemic.”

The Russian Federation representative, however, while welcoming the unprecedented measures taken by national authorities to slow the spread of the virus, contended that the right to privacy must not be absolute – “The interest of the society should prevail.” The creation of track and trace systems has revived questions around the limits of acceptable invasion into private life in the name of public safety. It should only be deemed acceptable to have access to personal information when this adheres to national legislation. The Russian Federation representative said that in order to protect public health, it is extremely important that technical assistance is provided to States from international authorities and leading tech companies.

The representative of the Republic of Korea, speaking for the Group of Friends of Solidarity for Global Health Security, stressed the need for multilateral collaboration, innovation and data sharing to tackle the pandemic, and asked how global partnerships can be fostered to advance physical and mental health worldwide.

Victor Madrigal-Borloz, Independent Expert on sexual orientation and gender identity, said responses to the pandemic have reproduced entrenched patterns of discrimination, social exclusion and violence. In following recommendations to stay at home, lesbian, gay, transsexual and intersex (LGBTI) persons are often forced to endure prolonged exposure to unaccepting family members, which aggravates rates of domestic violence. He called on States to support the work of LGBTI civil society and human rights defenders, and to provide protection from violence and discrimination during the pandemic. The representative of Japan called for countermeasures that must be taken in accordance with international human rights law and must not target LGBTI persons under the guise of public health.

It was further pointed out that The Office of the United Nations High Commissioner for Human Rights (OHCHR) also reports sharp trends in reprisals against LGBTI persons and rights defenders cooperating with the United Nations.

Later in the day, Tlaleng Mofokeng, Special Rapporteur on the right to health, underlined that factors such as public health policy, leadership, structural discrimination and socio-economic inequalities determine the virus’ impact, more than biological factors. “As a black woman myself, I understand that people are not intrinsically vulnerable, but that these vulnerabilities are rather brought by the obstacles they face in the social, economic and political contexts they live in,” she said.

In the ensuing interactive dialogue, delegates underscored that any technology use for surveillance or contact tracing in response to the pandemic must respect human rights, with the representative of the United Kingdom pointing to her country’s National Health Service Test and Trace system, which is committed to the highest ethical and data governance standards. She asked for the Special Rapporteur’s view on the risk that some States may continue to enact high levels of surveillance on their populations, and not return to pre-pandemic norms once the COVID‑19 risk has subsided.

In a similar vein, an observer for the European Union called for greater attention to the pandemic’s impact on all human rights, democracy and the rule of law, insisting that COVID‑19 not be used as a pretext to unlawfully limit fundamental freedoms, civic space or respect for the rule of law. He asked how States can ensure that their pandemic responses protect the privacy rights of people in vulnerable situations, who already feel the disproportionate impact of COVID‑19.

The representative of Mexico said international human rights law allows for some restrictions in specific circumstances — in particular, those that must respond to urgent public or social needs with the aim of protecting public health. Secondly, restrictions must be limited in time, revised, as minimally restrictive as possible and not applied in a discriminatory manner. Measures taken to stop the pandemic must not be used to marginalize specific groups, or as an excuse to violate the right to privacy.

The representative of El Salvador said the rights of vulnerable people must be upheld and stressed that the global solution to strengthening physical and mental health is international solidarity and cooperation, not misdirected nationalist agendas.