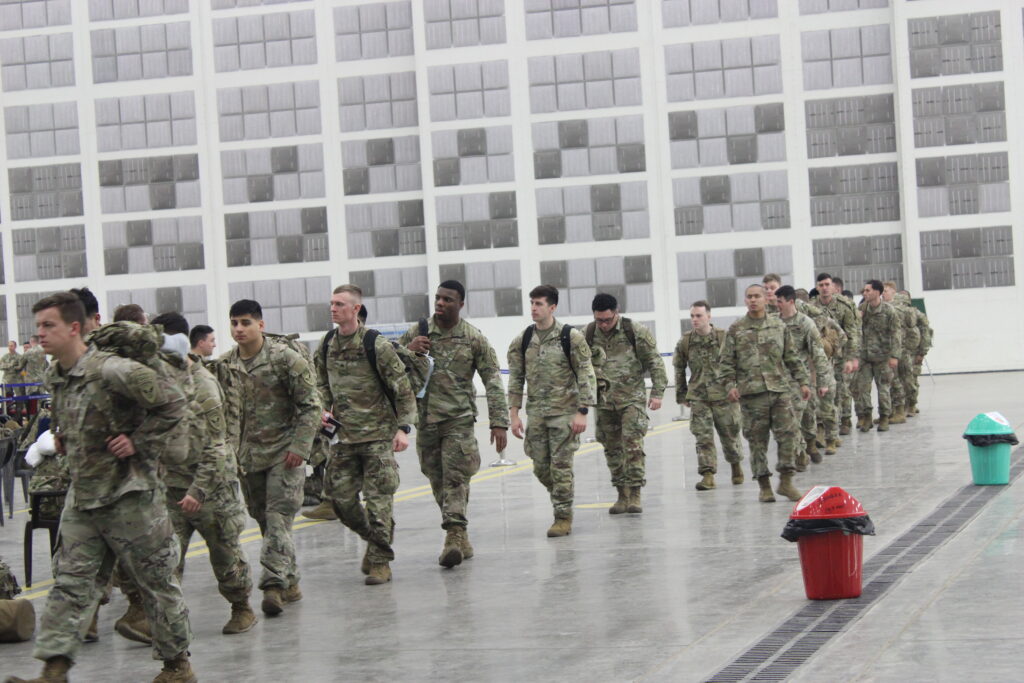 US military personnel for Oudh Abhyas in India

Beijing/New Delhi: China today expressed its concerns to India over a “high altitude’ joint India-United States military training exercise which it claimed was held near the Line of Actual Control (LAC) yesterday. China claimed the joint exercise violated the “spirit” of relevant agreements signed by India in 1993 and 1996, and “does not help build bilateral trust”.

The Pakistani media too hyped up the issue. The Indo-US joint military exercise, ‘Yudh Abhyas’, which is to conclude later this week, is underway at Auli in Uttarakhand and is about 100 km from the LAC.

Incidentally, the joint India-US military exercise,  ‘Yudh Abhyas‘, is an annual event. It is being commenced this month in Uttarakhand to facilitate both Armies to share their wide experiences, and skills, and enhance their techniques through information exchange. Its aim was to exchange best practices, tactics, techniques and procedures between the armies of the two nations. The previous edition of the exercise was conducted at Joint Base Elmendorf Richardson, Alaska (USA) in October 2021.

US Army soldiers of the 2nd Brigade of the 11th Airborne Division and Indian Army soldiers from the ASSAM Regiment participated in the exercise. The training schedule focused on the employment of an integrated battle group under Chapter VII of the UN Mandate. The schedule included all operations related to peacekeeping and peace enforcement. The troops from both nations worked together to achieve common objectives. The joint exercise also focussed on Humanitarian Assistance and Disaster Relief (HADR) operations. Troops from both nations practised launching swift and coordinated relief efforts in the wake of any natural calamity.

In order to derive full benefit from the professional skills and experiences of both armies, a Command Post Exercise and Expert Academic Discussions (EAD) on carefully selected topics were carried out. The scope of the Field Training Exercise included the validation of integrated battle groups, force multipliers, establishment and functioning of surveillance grids, validation of operational logistics, mountain warfare skills, casualty evacuation and combat medical aid in adverse terrain and climatic conditions. The exercise involved exchanges and practices on a wide spectrum of combat skills including combat engineering, employment of UAS/Counter UAS techniques and information operations

The exercise facilitated both Armies to share their wide experiences, and skills and enhance their techniques through information exchange.

It may be mentioned that the Defence relationship between India and the US has been one of mutual trust and confidence, which has transformed after the accord of major ‘Defence Partner Status’ to India on June 16, 2022. In addition, both countries have concluded certain foundational agreements, including the Defence Framework Agreement, signed in 2015, which lays a blueprint for collaboration between the defence establishments of both countries, the Logistics Exchange Memorandum of Agreement (LEMOA) signed in 2016, which is a foundational agreement facilitating reciprocal logistics support between the Armed Forces of both countries, the Communications Compatibility and Security Agreement (COMCASA) signed on 06 Sep 18, which facilitates information-sharing between the Armed Forces of both nations and more recently, the Basic Exchange Cooperation Agreement (BECA), which enables sharing of geospatial information between Ministry of Defence and National Geospatial Agency (NGA), USA.