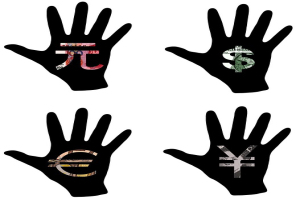 Beijing: China today lambasted the World Bank President David Malpass who had said recently that “China’s unwillingness to deliver more stimulus during the current international slowdown is putting more pressure on the US to support international growth”.

“It is the US that the World Bank needs to focus its efforts on in this regard,” Beijing stated today, claiming that it was the United States that should adopt “responsible” economic and financial policies and act responsibly for safeguarding international financial stability and promoting world economic recovery.

“To resolve staggering inflation in the US, the Federal Reserve has resorted to rate hikes several times. The rapid appreciation of the US dollar has led to the depreciation of 36 currencies by at least one-tenth. This has left many developing countries in a bitter economic recession caused by currency depreciation, capital flight, the soaring cost of financing and debt repayment and imported inflation,” Chinese foreign ministry spokesperson Zhao Lijian told reporters here today.  He claimed the struggling world economy was taking yet another toll from this, and, “countless” families were plunged into poverty overnight.

“The Wall Street Journal also pointed out recently that the dollar’s rapid rise is causing global economic woes,” Lijian said, adding that as the largest emerging economy, China was a “key locomotive and stabilizer” of world economic growth.

He recalled that the China Economic Update released by the World Bank in June 2022, had given a positive review of China’s effective fiscal and monetary policies. He further claimed that during the China International Fair for Trade in Services this year, World Bank officials also said that China’s latest measures of further opening-up will boost post-COVID global economic recovery.