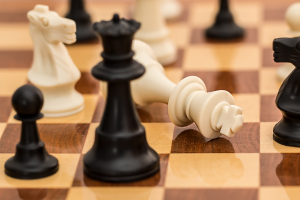 Exhibiting brilliant gameplay, Gukesh not only extended his unbeaten run at the prestigious event but also helped India B register an impressive victory against fourth-seeded Spain—the team’s fifth successive win in the open section.

It was Gukesh’s fifth victory on the trot in this event. Incidentally, after this victory, he overtakes Vidit Gujrathi in live ratings to be the third highest-rated player in India after Viswanathan Anand and Pentala Harikrishna.

“I got a fine position after an error from him and slowly outplayed him. It’s a pleasure to play a player of Shirov’s calibre and to beat him is special,” Gukesh said after the match. He added: “My strategy was to provoke him and being an aggressive player, he could not resist aggressive moves, ones which I anticipated. There were a lot of checkmating patterns later on in the game.”

Adhiban B. was also in fine fettle, downing GM Eduardo Iturrizaga in a strategic masterpiece while Nihal Sarin held Anton Guijar to a draw.

India A and India C also notched up identical wins against Romania and Croatia respectively in other open section matches.

In the women’s section too, India A registered their fifth consecutive victory with Tania Sachdev once again bringing the winning point for her team. They beat France by a 2.5-1.5 margin after Koneru Humpy, Harika Dronavalli Harika and R Vaishali had drawn their encounters.

Tania Sachdev battled long and hard to rake in a precious point as India registered a sensational 2.5-1.5 win against Hungary in the fourth-round match of the women’s section at the 44th Chess Olympiad in Mamallapuram, Chennai on Monday.

After Koneru Humpy, Dronavalli Harika and R Vaishali ended with a draw in their respective encounters, Sachdev rose brilliantly to the occasion. She thrashed Zsoka Gaal to earn a decisive point as well as a match for the team.

“It was a tough position and I was aware that our two boards had ended in a draw. We had a strong opponent and now it is the time we have to play stronger teams. So, I think we need to be ready for the competition. We are looking forward to the next game,” Sachdev said after the match.

“The teams are well balanced and it is very important to take one round at a time. All the games today were well fought,” said Abhijit Kunte, coach of India women’s A team.

The 11th seeded Indian women B team also edged past Estonia with a similar 2.5-1.5 score. Vantika Agrawal, extending her winning run, clinched the winning point for the team while the other three games ended in draws.

Indian women’s C team, on the other hand, lost to fancied Georgia with a 0-3 score while Team C held Brazil to a 2-2 draw. Harika and Sophie Millet signed a truce after 40 moves in a dead equal position.