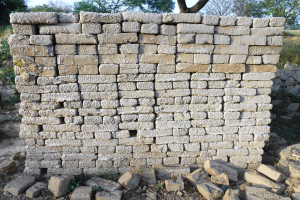 New Delhi: The uneasy relationship between the Telangana Government and the Centre takes a curious turn loaded with political ramifications as a monitoring team deputed by the Union Ministry of Rural Development to study the implementation of the Mahatma Gandhi National Rural Employment Guarantee Scheme now finds “several issues” with the implementation of the scheme in the State.

The primary responsibility for ensuring adherence to the scheme protocols and guidelines rests with the State. “The States have been encouraged to set up various monitoring mechanisms, viz. inspection by the State HQ and programme official, social audit, Ombudspersons etc. The failure of these mechanisms is worrisome,” the Union Ministry stated today.

The Central team visited Telangana between June 9  and June 12, 2022. It highlighted the issues such as taking of non-permissible work (Construction of food grain drying platform), non-compliance of Guidelines related to Desilting of Minor Irrigation-Tank works, taking staggered trenches  work in plain areas, whereas, such works are useful mainly in hilly regions, splitting of works to avoid approval of the superior technical authority and other procedural violation of guidelines.

Keeping in view such implementation issues and lapses, Central Government felt the need to deploy more Central teams to conduct a thorough scrutiny of the implementation of Mahatma Gandhi NREGS “so that necessary course correction in process of implementation of the scheme in the state may be carried out by the State Government on the basis of all such reports, which will cover 15 more districts of the State”.

Each team will visit 4-6 Gram Panchayat in 2 Blocks of the District covering the works related to Desilting of MI-Tanks, Staggered trenches, Roadside Plantation works and other works under Mahatma Gandhi NREGS. The Central focus of the team visit is to ensure transparency and accountability in the implementation of the Scheme.

The Union Ministry of Rural Development claimed today that monitoring the implementation of Mahatma Gandhi NREGS is one of its regular activities. “The purpose of this exercise is to test check the actual implementation of the Scheme on the ground for course correction, if any, ensuring faithful adherence to the Scheme Guidelines and philosophy and transparency in execution,” it stated.