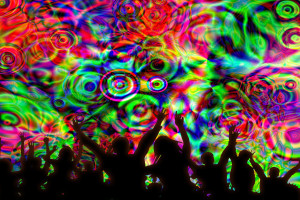 The NCB under the stewardship of zonal director Sameer Wankhede has arrested eight persons in connection with the rave party that was busted in the cruise ship Cordelia off the Mumbai coast, on Saturday evening. The case has turned high profile in view of super star Shah Rukh Khan’s son, Aryan Khan being remanded to police custody for a period of one day, in addition to the seven others that included suppliers and peddlers of narcotic drugs. The NCB officers informed that they are inclined to extend the remand period for those under arrest.

In addition, the NCB team conducted raids in Bandra, Andheri and Lokhandwala premises of alleged drug suppliers and managed to net one of them in the process. The late night raids conducted by the NCP in addition to the earlier arrest of Aryan and his two friends on board the cruise ship has given a serious turn to the spate of events. Further, the NCB sleuths who had seized the mobile phones of the three arrested from the rave party including Aryan said, “We have concrete evidence in the form of WhatsApp chats that constitute conversation and exchange of information between the drug suppliers and the three who were arrested.” Meanwhile, first sympathetic bytes poured in from the film fraternity, with actor Suniel Shetty tweeting, “When a raid is conducted at a place, many people are taken into custody. We assume that a particular boy must have consumed it (drugs). The process is on. Let’s give that child a breather. Let real reports come out.”

Besides, with the arrest of Aryan Khan and seven others, Zonal director Sameer Wankhede has almost turned into a household name having already arrested scores of film personalities for possession, supply and use of narcotic drugs in an investigation related to the Sushant Singh Rajput suicide abetment case. Wankhede informed media persons that the raids were conducted in a very professional manner and the NCB sleuths are busy with conducting further probes in this matter.