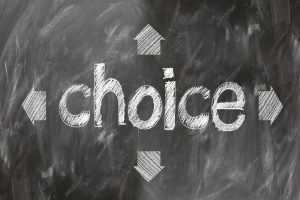 Ever since his parting ways from the Bharatiya Janata Party (BJP) and striking a new alliance with Laloo Yadav’s Rashtriya Janata Dal, Bihar Chief Minister and Janata Dal-United (JD-U) supremo Nitish Kumar has been seeking a meaty role for himself in national politics. His recent posturing with Opposition leaders in New Delhi is evidently clear about his ambition to carve out a niche for himself as a credible Opposition face before the 2024 elections. In the national capital, he met all who matter – beginning with Rahul Gandhi, and concluding with Sharad Pawar.

But then, with the evolving developments happening between his exit from the BJP-led National Democratic Alliance (NDA) and emerging as the pivot for the Opposition unity, Nitish, notwithstanding his grandstanding, has been strategically losing space for himself as well as his party: The resignation of Nikhil Mandal, the JD-U spokesperson from the party, on September 12, 2022, on the ground of his failure to defend publicly his party’s alliance with the RJD, and five JD-U legislators joining the BJP in Manipur on September 3, 2022, are incidents suggesting that all is not well with the JD-U. It may though be mentioned that Mandal is not a political heavyweight in the state, but will his resignation be a signal to other marginalised fence-sitters in the JD-U is to be seen? Another question that draws immediate attention is to what extent can they damage the party.

Prior to his leaving for New Delhi, as well as his return from there to Patna, Nitish had made it a point to meet Laloo Yadav. If sources are to be believed, his visit to New Delhi to meet the Opposition leaders from various parts of the spectrum was orchestrated by Laloo.

Laloo today perceptibly stands taller than Nitish who, if the ground evidence is to be considered. Before jumping the ship, Nitish had spoken to Sonia Gandhi and had apparently sought her blessings for prevailing upon the influential Laloo clan. Sonia reportedly assured him of the Congress’s support that would save him from Laloo’s diktat, which was a reason for the collapse of their coalition government in Bihar, earlier. Signs are ominous for Nitish considering the latest case of Sudhakar Singh, the Agriculture Minister of Bihar, who called himself ‘Choron ka Sardar‘. Singh belongs to the RJD and his allegation pertained pertained to the rampant corruption in seed procurement and myriad activities pertaining to agriculture in the state. Singh has steadfastly stood his ground, refusing to deny his own comment. Is this some indication about the impending relationship between the JD-U and RJD?

So can it be said that Nitish mortgaged his political career with Sonia Gandhi for saving his chair as well as his national ambitions to emerge as the formidable challenger to Narendra Modi at the national level? The prevailing arithmetic in the Bihar House clearly makes the support of the 19 Congress legislators crucial for Nitish’s survival as Bihar’s Chief Minister.

Doesn’t this make Nitish appear vulnerable with little manoeuvring space left intact today? The exit of Nikhil Mandal from the spokesperson of JD-U suggests that many in the JD-U have been scorching ever since Nitish broke with the BJP and stitched the new alliance with the RJD.

So can it be said that Nitish Kumar committed political hara-kiri by joining hands with the RJD and, in the process, hurtled the JDU towards the path of extinction?

The cadre level incompatibility between the RJD and the JDU is always visible. So will the coming months be pregnant with far greater possibilities of further friction breaking out between Nitish and Laloo Yadav?

Significantly, as both Nitish and Laloo await their interlocutor Sonia Gandhi to return from her foreign visit, the future politics in Bihar is in for an interesting turn. It is going to revolve around Nitish’s national ambition, JD-U cadre’s loyalty, Sonia’s blessings, and Laloo’s streetsmart politics.

However, in the bargain, whether Bihar gets a boost in development or a return to the much talked about ‘jungle raj’ Laloo regime, from which, ironically enough, Nitish had sought to insulate Bihar, is to be seen. Laloo himself in the past had called Nitish a ‘Paltu Ram’ (someone who does not stick to his words). But then, Nitish has no qualms to hand over the state to those he dubbed the peddlers of ‘Jungle Raj‘. It is this somersaulting that his rank and file are unable to digest.

*Vivekanand Jha is an author, academician and public intellectual. Views expressed are personal.