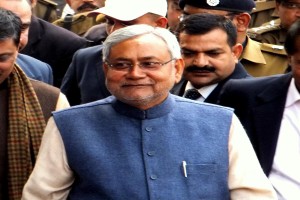 If the Delhi visit of Bihar Chief Minister and Janata Dal-United supremo Nitish Kumar is any indication, he seems keen to explore all options to bring a rag-tag coalition against the formidable Bharatiya Janata Party to pose a serious challenge to Prime Minister Narendra Modi at the hustings in the upcoming general election of 2024.

Significantly, if his last meeting with Telangana Chief Minister and Telugu Rashtra Samithi chief Kalvakuntla Chandrashekhar Rao is any indication, where the latter publicly shied away from naming Nitish Kumar as the face of the Opposition to take on Modi, it was the vindication of an inherent contradiction which will continue to strangle the much-vaunted opposition unity where internal conflicts and turmoils govern the incompatibility among the Opposition leaders. Thus the onerous task of flaunting a credible face to take on the popular prime minister Narendra Modi is easier said than done. The fiasco in Patna recently, where palpable asymmetry between Chandrashekhar Rao and Nitish Kumar was too obvious to be given a miss, hardly hobbled Nitish Kumar from going ahead with his plan to unite the badly fragmented and demoralised Opposition.

Hence, to bring the Opposition together as a cohesive unit to take on the redoubtable BJP under Modi, he has embarked upon his current tour to Delhi to meet the various opposition leaders. Significantly, he gave priority to meeting Congress MP Rahul Gandhi while his mother and the Congress Party president Sonia Gandhi is abroad for her medical treatment. After all, the support of 19 Congress legislators in Bihar is crucial for the very own survival of Nitish as CM in Bihar.

Nitish is slated to meet the left front leaders, Om Prakash Chautala and even Arvind Kejriwal in course of his Delhi visit today and tomorrow. Moreover, Nitish’s prompt acceptance of the invitation from Om Prakash Chautala to address the public on his father’s anniversary is a telling commentary of how Nitish’s grand exhortation for the Opposition to unite against the BJP, is gaining traction with the Opposition. Also, Arvind Kejriwal’s public statement that he too was agreeable to any such forging of opposition unity, is the growing indication of how the Opposition has been scorching under the worst form of purported heat unleashed by the various Central government agencies.  Trinamool Congress MP Abhishek Banerjee’s questioning by the CBI in coal block allocation, in recent days, proves that the Opposition can go to any extent to forge unity to get rid of this persecuting and hostile regime.

As the English proverb goes, ‘ there are many slips between the cup and the lips’. Nitish earned the dubious title of ‘Paltu Ram‘ (loosely translated as a turncoat) from his own friend-turned-enemy-turned -friend Laloo Yadav of the Rashtriya Janata Dal (RJD), Nitishdoes face a credibility issue; he is looked upon with suspicion. His forging alliance with BJP, dumping RJD in the process, and then doing vice versa, makes him suspect in the eyes of the Opposition too. So it is anyone’s guess whether the issue of who will be the prime ministerial face of the Opposition parties will start creating fissures even before unity is heralded.  However, in case the opposition unity sustains, with the leadership face chalked out, it will be a big victory for Nitish Kumar.

1 thought on “Can Nitish Kumar be a challenger to Narendra Modi in 2024?”