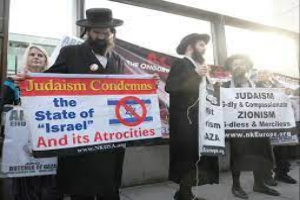 Washington DC/Jerusalem/Beijing/New York: The killing of Al Jazeera journalist Shireen Abu Akleh purportedly by Israeli troops in the occupied West Bank on May 11, 2022, has sent shock waves across the globe. Her producer Ali Samoudi too sustained injuries in the attack.

The 51-year-old Palestinian American journalist  Abu Akleh was a veteran reporter, who was working for Al Jazeera since 1997 and was regularly reporting from across the occupied Palestinian territory. She was born in Jerusalem.

The USA has called for an “immediate and thorough” investigation and “full accountability”, and China hoped that the incident will be handled in a “just manner according to law”. In New York, the Spokesman for UN Secretary-General António Guterres said the latter was “appalled by the killing” and called on the relevant authorities to carry out an independent and transparent investigation into this incident and ensure that those responsible are held accountable. Guterres reiterated his “firm conviction that a free press is essential for peace, justice, sustainable development and human rights”.

Al Jazeera claimed that in video footage of the incident, Abu Akleh could be seen wearing a blue flak jacket clearly marked with the word “PRESS” when she was hit by a live bullet while covering Israeli raids in the city of Jenin.

The Israeli Defense Forces announced that an investigation was underway but Al Jazeera slammed Israeli army chief Aviv Kochavi for reportedly stating that it was unclear who fired the shot that killed Abu Akleh.

In Washington, Ned Price, the US State Department Spokesperson, was grilled by journalists who reminded him that the US always claimed itself to be the upholder of press freedom. Price was also asked about the outcome of the investigations by Israel into the bombing of the AP and the Al Jazeera office in Gaza, in 2021. “We were in contact with the Israelis. They shared with us some of the information regarding that strike…We voiced our concern by the fact that journalists were put at risk, that their offices came under assault,” Price said.

When asked whether the US State Secretary Antony J. Blinken had spoken to any leader in Israel or the Palestinian side about the killing of Abu Akleh, Price said “We’re not going to prejudge an investigation. We’ve heard various statements throughout the day. Some of those statements have shifted. That’s why we have called for a thorough, comprehensive investigation ending in accountability. There have been a number of conversations by senior officials in this building, senior officials at our embassy in Jerusalem, to both Israeli and Palestinian counterparts conveying many of the same messages I conveyed to you just now”.

It may be mentioned that in January 2022, another Palestinian American journalist Omar Assad died in Israeli custody. Price though said “The Israelis have the wherewithal and the capabilities to conduct a thorough, comprehensive investigation.