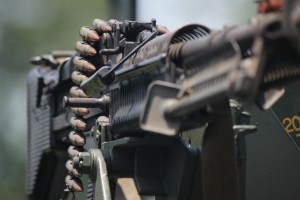 New York: The members of the United Nations Security Council has condemned the terrorist attack in Baghdad, Iraq on January 21, 2021, which was claimed by Islamic State in Iraq and the Levant (ISIL/Da’esh), resulted in at least 32 deaths and at least 110 injured.

The UNSC members also issued a statement on January 22, 2021 condemning “in the strongest terms” violations of the Peace Agreement, as well as violence perpetrated by certain armed groups with the support of former President François Bozizé, aimed at undermining the electoral process, in Central African Republic.

The UNSC members  took note of President Faustin-Archange Touadéra’s speech, addressed to the opposition, and encouraged the Government of the Central African Republic and all political actors to engage effectively in dialogue and reaffirmed the role that the United Nations Multidimensional Integrated Stabilization Mission in the Central African Republic (MINUSCA) good offices can play in this regard.

The members also took note of the request of the Central African Republic authorities to lift the arms embargo and reiterated their readiness to review the arms embargo measures, through suspension or progressive lifting, in the light of progress achieved on the key benchmarks established by the Security Council. However, at the same time, the members strongly condemned ongoing attacks against MINUSCA and reiterated that attacks against peacekeepers may constitute war crimes.  They reiterated their condolences for the peacekeepers killed.

The UNSC members further expressed their sympathy and condolences to the families of the victims and to the Government of Iraq, and they wished a speedy and full recovery to those who were injured. They reiterated their support for the independence, sovereignty, unity, territorial integrity, democratic process and prosperity of Iraq. They reaffirmed that terrorism in all its forms and manifestations constitutes one of the most serious threats to international peace and security. They further underlined the need to hold perpetrators, organisers, financiers and sponsors of these reprehensible acts of terrorism accountable and bring them to justice, and urged all States, in accordance with their obligations under international law and relevant Security Council resolutions, to cooperate actively with the Government of Iraq and all other relevant authorities in this regard.

They reaffirmed their support for Iraq’s security and the continued fight against terrorism, including against ISIL/Da’esh.