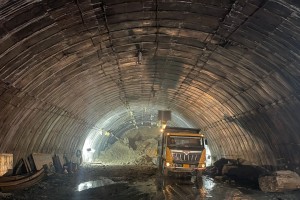 Itanagar: The Nechiphu Tunnel, at an altitude of 5,700 feet, is a unique 500-metre-long “D-shaped, Single Tube Double Lane Tunnel” on the Balipara-Charduar-Tawang (BCT) Road in West Kameng District of Arunachal Pradesh. The tunnel has been conceived to bypass extreme foggy conditions prevailing around Nechiphu Pass which have caused hindrance to general traffic and military convoys for many decades.

Border Road Organisation (BRO) conducted a final “breakthrough blast” to mark the successful completion of excavation work of the Nechiphu Tunnel on May 20, 2022. Director-General of BRO Lieutenant General Rajeev Chaudhry conducted it remotely from New Delhi. 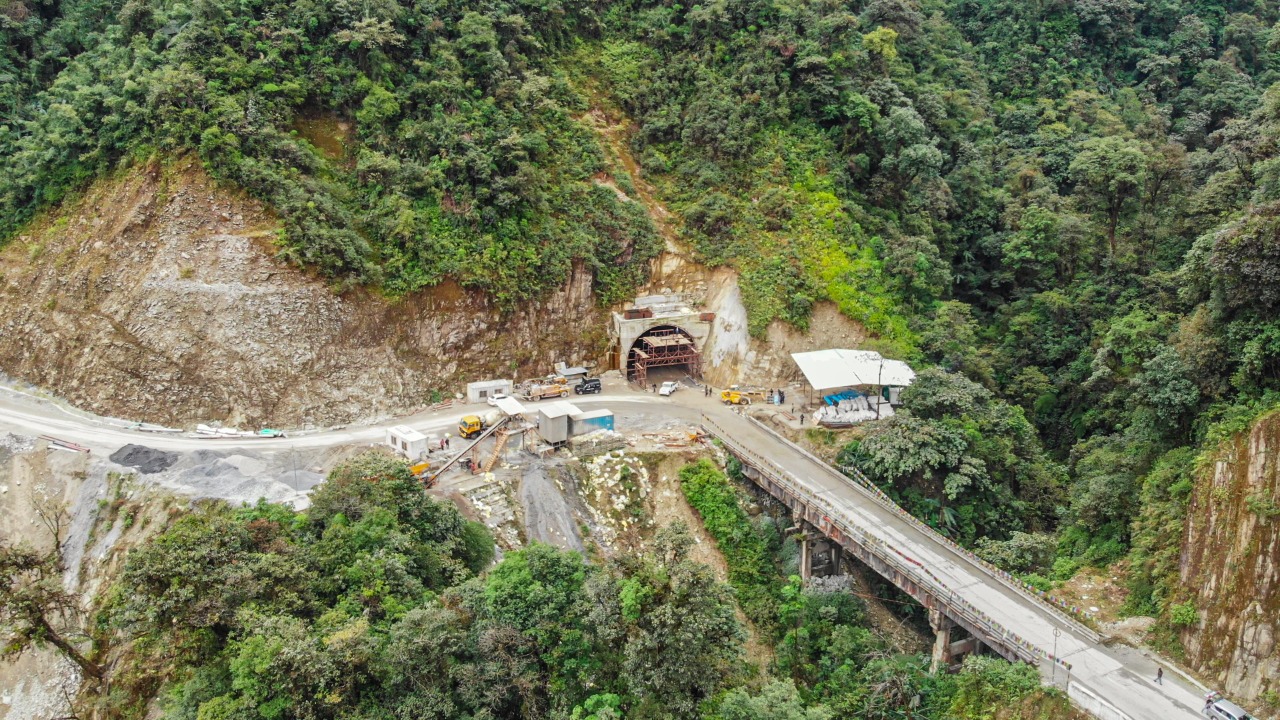 The foundation stone of the project was laid by Defence Minister Rajnath Singh on October 12, 2020. The tunnel will accommodate two-way traffic and will be equipped with modern lighting and safety facilities, and will be provided with a state-of-the-art electro-mechanical system including firefighting devices, auto illumination system and Supervisory Control and Data Acquisition (SCADA) controlled monitoring systems.

The tunnel will also accommodate raised footpaths on both sides for safer pedestrian movement which will have ducts for Power cables, optical fibre cables and utility lines to strengthen the civic amenities infrastructure.

In tandem with the Nechiphu Tunnel project, the Project Vartak of BRO had also completed the excavation work on another strategic tunnel, the Twin Tube (1,555 meters and 980 meters) “Sela Tunnel Project” on the same road, on January 22, 2022. Today’s blast thus marks the cumulative excavation of more than 4,500 meters, achieved by BRO Karmyogis in less than two years.

Once in service, the Nechiphu Tunnel along with the Sela Tunnel will provide safe, all-weather strategic connectivity on the BCT Road while reducing the carbon footprint in this eco-sensitive area. The ongoing tunnel construction is being accomplished by cutting through fragile and highly fractured rock strata. The attendant challenges are being tackled on daily basis through strict 3D monitoring and through the proactive application of desired tunnel support systems in accordance with the New Austrian Tunneling Method (NATM).

The BRO has been consistently achieving success in the execution of infrastructural marvels in the most challenging areas of the nation over the last two years. It has taken up tunnelling in a big way with the successful completion of High Altitude and Mountainous tunnels, in addition to the Atal Tunnel, Rohtang in Himachal Pradesh the Chamba Tunnel in Uttarakhand, has also been dedicated to the Nation, in the recent past. The organisation has also embarked on the construction of a series of small tunnels, which it will construct with manpower resources integral to the organisation.