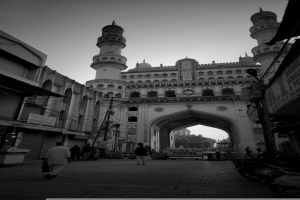 Hyderabad: The Bharatiya Janata Party (BJP) is holding a two-day party national executive meet in Hyderabad from tomorrow. Holding the two-day conclave in Hyderabad assumes significance as both the BJP and the TRS ( Telangana Rastra Samithi) have been fighting for political one-upmanship in Telangana for the past few months. With the Congress Party losing ground, the BJP has emerged as the main challenger to ruling TRS in the state. Gujarat and Telangana are going to be on the top of the agenda for BJP leadership, at the meeting, on July 2 and 3 . After the meeting, Prime Minister Narendra Modi would address a public meeting at parade grounds in the city.

This will be the first full-fledged post-Covid national executive of the party and the leadership is expected to stock take various programmes in progress, besides, a special focus on Gujarat and Himachal Pradesh, where Assembly polls are due in December 2022. It is obvious, that Prime Minister Narendra Modi and party chief J P Nadda will make all-out efforts to retain power in both states. After being in power for 25 years in Gujarat, BJP is not taking any chances, despite the Congress Party being on a weak wicket. The party had replaced Chief Minister Vijay Rupani with Bhupendra Patel. Party sources said that with the last 2017 Assembly polls being a close one, the BJP is not taking any chances this time in Prime Minister Modi’s home state.

BJP top brass is expected to prepare the road map for the party and the campaigns to be launched nationwide as well as state-specific ones at the national executive, with an eye on 2024 Lok Sabha polls as well. Apart from reports presented by state units of the work done by the party, the interaction with the top leadership, including Modi, JP Nadda, Amit Shah, Chief Ministers of 19 states and others, is one of the key aspects of the two-day event at Hyderabad.

It may be recalled, that the BJP had organised a three-day national offer bearers’ meeting in Jaipur in the third week of May 2022. While brainstorming on challenges and prospects facing the party, its leaders also slammed the Ashok Gehlot-led Congress government in Rajasthan. Similarly, at the national executive, Telangana Chief Minister Kalvakuntla Chandrasekhar Rao is going to be under attack from all corners. Sources say that the NE would pass separate resolutions — one on “corruption during KCR regime” in Telangana and another resolution condemning “ family rule of KCR” in the state. To this effect, the BJP leadership would give direction to its cadres, while trying to bring state unit leaders under one roof and prevent differences among them, sources said.

At the meeting, altogether 352 delegates will be participating. It is said, on Saturday, state chiefs would present their reports. On Sunday, key organisational and political issues, as well as election-going states, would be discussed. At 6.30 pm, Prime Minister Modi would address a public meeting. Party Chief J P Nadda, Union Ministers, Chief Ministers and many other VIP delegates have already arrived in Hyderabad. Prime Minister Modi would be joining the meeting on Saturday afternoon.

On the other, the ruling TRS going all out to take on the BJP during the two-day meet. TRS is supporting Presidential candidate Yashwant Sinha who is set to visit Hyderabad on July 2. it is said that TRS managed Yashwant Sinha’s visit to coincide with the BJP meet. The TRS has planned a grand welcome to Sinha and would be organising a meeting on Saturday. A rally has been organised with 10,000 bikes from the airport to Jal Vihar, the venue of the meeting. Keeping all this in view, the police commissioner of the city imposed prohibitory orders under section 144 of the Criminal Procedure Code.

Ahead of the executive, the city of Hyderabad donned a festive look. The BJP is making elaborate arrangements by decorating the entire city with banners and hoardings carrying the lotus symbol. Before they could do that, the ruling TRS stepped in and put up flexies across the city to promote various government schemes, along with photos of Chief Minister KCR. Huge hoardings have been set up at key places where the events are taking place and Prime Minister will be touring. The ‘flexi war’ between the two parties began when the BJP found out that majority of the hoardings in the city had been booked by TRS well in advance.

The two-day meet is going to be held in Novotel hotel in the city, for which all arrangements have been made, said the Lok Sabha member and BJP Telangana unit president, Bandi Sanjay. He said that the meeting is going to be “politically significant”  in the backdrop of the BJP’s emergence as a strong contender for power. Sanjay recalled that earlier, the BJP had held its national executive meeting in Hyderabad in 2004 when the party promised to carve out a separate state of Telangana without delay if it came to power.