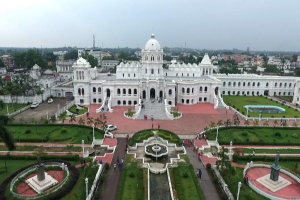 Guwahati: Only a few months ahead of State legislative assembly elections in 2023, Tripura Chief Minister Biplab Kumar Deb quit his post today and tendered his resignation to Governor Satyadev Narayan Arya at Raj Bhawan in Agartala. Dr Manik Saha, a Rajya Sabha member, has already been elected as the new leader of the house and the saffron leader is scheduled to take oath on Sunday.

Deb, who became the first Bhartiya Janata Party (BJP) chief minister after the saffron party along with the Indigenous People’s Front of Tripura (IPFT) ousted the CPM government in the 2018 Tripura assembly polls, went to New Delhi on Thursday.

After his meeting with BJP president JP Nadda and Union home minister Amit Shah separately in the national capital, Deb decided to quit. The young leader only commented that the party is above all. He continues to be a loyal worker of the BJP so that the party can sustain its popularity for a longer period in Tripura, stated Deb.

The tiny State is going for assembly polls early next year. The ruling BJP wants to strengthen its position as internal conflicts surfaced among local saffron leaders following the inefficient handling of various issues by Deb. On various occasions, Deb also made immature public comments which put his credibility at stake.

Saha, a well known dental surgeon, has been leading the State BJP team since 2020. He shifted political loyalty to the saffron party in 2016. Deb has congratulated Saha and commented that he has been working tirelessly for the party. The outgoing chief minister also thanked the national leadership of the BJP and the people of Tripura for their support and cooperation.