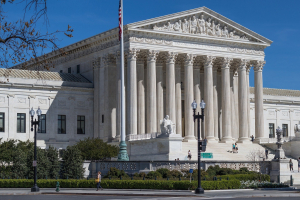 Washington/Illinois: In a judgement of far-reaching consequence, the United States of America’s Supreme Court on June 24, 2022 (local time) stripped women of their constitutional right to abortion. Pro-abortion activists from across the world criticised the judgement, as they fear that the Supreme Court’s decision will have “real and devastating consequences”, especially for younger, Black, Latina, and low-income women.

The Supreme Court, in a 5-4 decision overturned the Roe v. Wade ruling that established the Constitutional Right to Abortion in the United States of America.

Roe v. Wade was a landmark decision of the U.S. Supreme Court in which the Court ruled on January 22, 1973, that the Constitution of the United States generally protects a pregnant woman’s liberty to choose to have an abortion.

In Washington, President Joe Biden called it “a sad day for the Court and for the country”. Biden pointed out that fifty years ago, Roe v. Wade was decided and has been the law of the land since then. “This landmark case protected a woman’s right to choose, her right to make intensely personal decisions with her doctor, free from the inter- — from interference of politics. It reaffirmed basic principles of equality — that women have the power to control their own destiny. And it reinforced the fundamental right of privacy — the right of each of us to choose how to live our lives. Now, with Roe gone, let’s be very clear: The health and life of women in this nation are now at risk,” he said.

Biden further said that he believed that  Roe v. Wade was the “correct” decision as a matter of constitutional law, an application of the fundamental right to privacy and liberty in matters of family and personal autonomy.

Biden specifically pointed out that it was “three justices named by one President — Donald Trump — who were the core of today’s decision to upend the scales of justice and eliminate a fundamental right for women in this country”.

He added: “Make no mistake: This decision is the culmination of a deliberate effort over decades to upset the balance of our law.  It’s a realization of an extreme ideology and a tragic error by the Supreme Court, in my view. The Court has done what it has never done before: expressly take away a constitutional right that is so fundamental to so many Americans that had already been recognized.”

He warned that the Court’s decision to do so will have real and immediate consequences.  “State laws banning abortion are automatically taking effect today, jeopardizing the health of millions of women, some without exceptions,” he said.

In Illinois, US Vice President Kamla Harris described the judgment as a healthcare crisis and remarked that this was the first time in history that a constitutional right had been taken from the people of America. “And what is that right? — some might ask. It’s the right to privacy,” she said, adding, “For nearly 50 years, we have talked about what Roe v. Wade protects. Today, as of right now, as of this minute, we can only talk about what Roe v. Wade protected. Past tense.

Antony J. Blinken, Secretary of State, issued a statement saying that while as Secretary of State, he usually avoids commenting on Supreme Court rulings, but the decision overturning nearly a half-century of Roe v. Wade had raised “understandable questions and concerns across the world and within our workforce”.