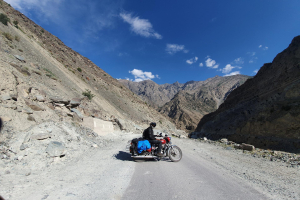 Srinagar: The killing of a Kashmiri Pandit at Chadoora in Central Kashmir’s Budgam district is apparently a move by the terror outfits operating from the valley to scare the pandits who wish to return to their homeland following the Central government’s assurances after the revocation of Article 370 in the Jammu & Kashmir.

The deceased, Rahul Bhat, was a clerk at the tehsil office of the Chadoora Revenue Department and was fired upon by the terrorists on the office premises on May 12, 2022. He sustained grievous injuries and was rushed to the SMHS hospital in Srinagar where he succumbed to his injuries. A search operation was launched immediately after the incident to nab the attackers.

Bhat’s murder came at a time when an estimated 2200 Pandits have returned to the Valley since the abrogation of Article 370. To encourage them to return, the government also recruited 841 Kashmiri Pandits in various departments in 2020-21 while 1,264 appointments were made in 2021-22.

Under the Prime Minister’s Development Package 2015 for Kashmiri migrants, 3000 government jobs had to be given to the displaced Kashmiri Pandits to encourage them to return to the Valley. To date, the selection process for the appointment of 2,828 migrants has been completed, of which 1,913 have been appointed and verification of documents of the remaining 915 has been taken up.

It is a well-acknowledged fact that the biggest challenge to Pandits’ return to the Valley is violence. Despite the abrogation of Article 370, the militancy continues unabated and despite security forces killing many militants, the fancy for guns has not ended. The biggest worry is the local participation in militancy.  Dozens of militants have been killed this year too in scores of encounters in Kashmir. In just two days, besides Bhat,  a Muslim police constable too succumbed to injuries in yet another separate targeted attack by terrorists. Such killings ostensibly hint that claims of normalcy are exaggerated. Scores of non-locals and Kashmiri Pandits have lost their lives in targeted attacks by terrorists since last October.

A senior pandit leader Dr Ashok Koul, who is a Bharatiya Janata Party Corporator and  Vice President of Kashmir BJP, while speaking to Global Bihari, lamented that in the present situation the Kashmiri pandits are being made into virtual sitting ducks. He expressed deep condolences over the killing of Bhat at Chadoora. and termed the killing as a gruesome crime against humanity. He said the killing was because of a “big security lapse and failure of intelligence agencies “, and called for punishing the “heinous elements” behind it.

On the other hand of the spectrum, Common man on the ground too is hit by these killings. A youth pleading anonymity stated that the killing of Rahul Bhat “is a big blot on the ethos and value system of the Kashmir and the never-ending violence in Kashmir is a shame for we the people”. Already, protests are taking place from North to South Kashmir over the killing of Bhat.

“Whole Kashmir Valley is rattled by the killing and grief is pouring in,” said a local.

Earlier, just after the killing of Bhat, former Chief Minister Omar Abdullah took to the micro-blogging site Twitter to condemn it –  “I unequivocally condemn the murderous militant attack on Rahul Bhatt. Rahul was a government employee working in the Tehsil office in Chadoora where he was attacked. Targeted killings continue & a sense of fear grows unchecked. My heartfelt condolences to Rahul’s family. RIP.”

The head of the People’s Conference and prominent politician of Jammu and Kashmir  Sajad Lone stated: “Strongly condemn the killing of Rahul. It is difficult to read the minds of these psychopaths who indulge in such killings. Yet another family is added to the list of victims of violence. May the departed soul rest in peace.”