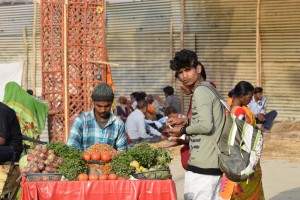 The woes plaguing the netizens of Mumbai city is more about people and what goes missing because of their absence than any stress on losing out on high yield revenues. It’s about the throes faced by the city’s street food vendors and the melancholy note struck by their absence.

This happened partly because of concerns over hygiene and also due to the fall in footfalls caused by the shutting down of all malls, shopping houses, offices and other ancillary support from commercial units.  At the onset, a few weeks after the March 24 lockdown order, many of the hawkers and their helping hands chose to hang around, hoping for speedy restoration of normalcy. There were also many who were facing an acute financial crunch situation prompting them to embark into a marathon walk, heading towards their homes in distant Uttar Pradesh or Rajasthan.

Also read: Beneath the sheen of the tinsel town-2

The mixed scenario changed soon after more than a couple of months passed with no signs of let up from the state machinery and on the face of mounting Corona cases media reportage. A significant percentage of the street food vendors opted for getting relief from returning to their native villages and pursuing farm activity.

This option however, proved to be neither attractive nor safe. Street food owner Ashok Tiwari operating from south-central Mumbai said, “Returning home to cultivate on my small farm holding is the only option I am faced with. However, with not even a trace of irrigation support and heavy dependence on timely rain, this option is not a source of succour. Secondly, the yield from farming activity is very low compared to the efforts that go into it. Running my vada pav stall near the railway station used to fetch me a regular stable income, with the bandwidth to financially support my family living in native Azamgarh.”

Tiwari is not a lone ranger who is facing such a situation. There are scores of bhel puri vendors, chaat sellers, pav bhaji stall owners, vada and bhajia pav caterers, who after being forced to shut shop have chosen to return to their native villages in different states of northern India. With no sustenance money and very little backup for surviving rainy days, they are faced with a dilemma on how to chalk out a plan for future survival.

The current uncertainty continues to plague the street food vendors, both who have stayed back in Mumbai and the ones who have chosen to return to their native homes. Post October first week, there were signs of the stringent lockdown constraints being gradually relaxed by the state government which is now pressured to put economic activity in the country’s financial hub back on its track. However, on interviewing a section of the food vending hawker community that has stayed back, it is learnt that they still harbour serious apprehensions. “Our feelers to the state government were greeted with a mixed response. For fear or preventing any relapse of the pandemic, very stringent rules for maintenance of hygiene and cleanliness will be put in place. We are not saying that we want to sell unhygienic food. What we want to point out is that the technical requirements to meet such standards, like continuous fresh water supply will be a huge deterrent to carry out a profitable business,” said Anil Singh from Bihar.

Money is not the only problem that is haunting the caterers of reasonably priced food for the string of office-goers and local patrons. Those with family members and the vendors who continue to provide for the sustenance of their support staff are at a loss to understand what decision must be taken for the future course. These pressing issues that loom large over the horizon, threatening to destroy an integral part of the city culture, namely popular street food are yet to sight a silver lining.