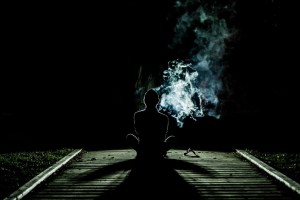 Mumbai: Over the past year, the state of Maharashtra has been witness to a slew of arrests in connection with consumption and distribution of narcotic drugs both from a nodal agency as well as local rural police teams, with the latest being the arrest of super star Shahrukh Khan’s son Aryan and his friends from a cruise off the Mumbai coast. The nodal agency, namely Narcotics Control Bureau (NCB) began its hunt on drug users from the film fraternity soon after the suicide death of actor Sushant Singh Rajput on June 14, previous year at his Bandra flat.

The story unfolded with the arrest of Sushant’s ex-girlfriend Rhea Chakraborty and a host of other stars who were found in possession of narcotic drugs by the NCB sleuths. The latest of arrests on the Sushant death trail was that of a film personality reported to be a friend of Arjun Rampal’s kin from Goa. Subsequently, in July, a rave party that was going on in two Bungalows in rural Ighatpuri was busted and 22 people were arrested by the Ighatpuri police and it was reported that there were some from the Mumbai film fraternity who figured in the arrested list of persons.

The film fraternity’s link with the narcotics trade in recent times dates back to actor Sunjay Dutt who got launched in his debut film Rocky. Over the years, there were a host of names including Fardeen Khan, Dino Morea and the late Sushant Singh Rajput. Consumption of narcotic drugs has turned into an acceptable norm among film circles and is also being used as a strategy for supplanting the efforts of public relations (PR) agencies. The latest case in question, that of Aryan Khan, the star son, is regarded by many Bollywood observers as a bid to soft launch his career into the film world. People from crime circles who subscribed to this soft launch theory explained, “Such battles are not lost or won in the court. Before the matter is presented in court, the investigating officer who is recording the evidence is handled deftly to ensure the dilution of evidence. In the absence of evidence, the judiciary cannot help but acquit the accused. They also claimed that the arrest effectuated by the NCB was actually jointly orchestrated by SRK and the officers from this nodal agency.

Strategic planners, who cater to celebrities both from mainstream cinema and television serials, confided that this kind of soft launch gets planned well in advance and gets executed with the help of selective leaks to media houses, be they print or electronic. Subsequently, the script is so tailored that the person under the scanner or limelight gets portrayed as a victim, who gets ready for being launched into anti-hero roles. The strategic planner who caters to print media houses disclosed, “We just leak or plant our version with one media house. The others immediately pick it up after the reporters get miffed for “missing an important story.” This way our costing for the project is kept well under control. Besides, he also emphasized that the launch will never be immediately after the narco charges hit the print as in this case. “The trading of charges, gossip and rumors will be allowed to fully play out before the audience. Only subsequently, there will be talks about a cine launch,” he added.

To put the current event in perspective, the NCB zonal director Sanjay Wankhede gets lauded as an honest officer heading a team of sleuths that dares to arrest the rich and famous. Aryan on his part gets portrayed as a martyr who has been wronged by the state, the law and society. The gossip and rumor mills play themselves into the hands of the orchestrators and suit their purpose.

Meanwhile, latest media reports pouring in stated, the NCB has sought a four-day extension of custody for Aryan along with 16 others who have been booked in connection with the case. It includes a foreign national.

Based on Aryan’s statement, another accused, Achit Kumar has been nabbed and the prosecution contends that he is a part of the supplier network. The NCB also informed the court that more raids and more arrests are on the card

“In view of this, we require to extend the custody of the accused so far netted for confronting them with the versions of those who get freshly arrested.

Away from the intensifying court drama, the city police was seen on action outside Shahrukh Khan’s bungalow Mannat, dispersing a crowd of SRK fans who had gathered at the venue.