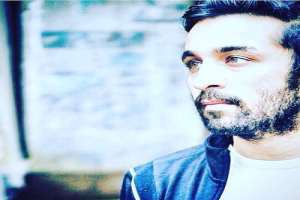 Drugs, actors and Bengaluru have a close connection

Bengaluru: Actor Shakti Kapoor’s son Siddhanth and five others were arrested by the police here for allegedly consuming drugs during a party at a hotel.

Acting on a tip-off, the police raided the party that was going on at the Park Hotel and held back 35 guests. Their samples were sent for medical tests. Five guests tested positive for drugs and Siddhanth Kapoor was one of them, officials said.

Siddhanth Kapoor, 37, was the DJ at the party.

Also read: My name is Aryan Khan. I am not a drug addict!

Bheemashankar S Guled, District General of Police, East Division, was quoted as saying  “A total of five persons have been arrested including Siddhanth Kapoor after they tested positive for consuming drugs. They have all been charged under the Narcotic Drugs and Psychotropic Substances (NDPS) Act,” said. They would be produced before a court, he said.

However, officials admitted that it was not clear whether they had consumed drugs at the hotel or had come to the party after taking drugs outside.

Earlier, Siddhanth’s sister Shraddha Kapoor was questioned by the Narcotics Control Bureau in 2020 in connection with allegations of a Bollywood-drugs nexus after actor Sushant Singh Rajput’s death.

Reacting to the arrest, Shakti Kapoor was quoted as saying: “I can only say one thing- it’s not possible,” the veteran actor told some online news media.

“I am not aware of anything. I have just gotten up from my sleep and my phone has started ringing continuously. He hasn’t been arrested but detained by the cops for consumption (of drugs). I don’t think there was any possession. I have as much information as it is coming out in the news and I am really troubled by this news,” Shakti Kapoor was quoted.

Siddhanth Kapoor has acted in movies like “Shootout At Wadala“, “Haseena Parkar” and “Jazbaa“.

Drugs, actors and Bengaluru have a close connection. Kannada actors Sanjjana Galrani and Ragini Dwivedi were arrested last year for allegedly consuming drugs. Vivek Oberoi’s brother-in-law Aditya Alva, who was also involved, was arrested in Chennai after being on the run for three months last year.