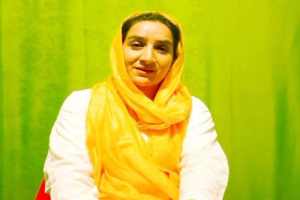 Srinagar: With nearly 108 villages, Chadoora tehsil is an important place in Kashmir, which till recently was considered a militancy free area. Just about 17 kilometres from the City Center of Srinagar,  Chadoora town, located in Budgam District, is in news now for all the wrong reasons. Within a very short span of time, the town has seen successive killings, first of a Kashmiri Pandit, Rahul Bhat, and then Actress Amreena Bhat, that has sent shockwaves across the country. These target killings have also raised doubts about the normalcy rhetoric in the Kashmir Valley.

The young and multi-talented artist Amreena Bhat from Chadoora Kashmir, gunned down by terrorists on the evening of May 25, 2022, was a youth icon in Kashmir.  With nearly 18000 subscribers to her YouTube channel and a good following on Instagram totalling around 27 thousand subscribers, she had a sound social media presence. She was a TV artist, Sufi Singer and ‘TikToker’. Her Sufi songs garnered millions of views.

Yet, her’s was a struggle for her family as she worked hard to meet both ends of her family through acting and singing. Her marriage life was not successful and she devoted her career earnings to her family. She made her name in the local Kashmiri music and TV industry.

Amidst her growing popularity as a rising star, an important factor is that she was also receiving hate messages in the comment section of her social media especially on Instagram from the youth of Kashmir. They were critical of her participation in music and TikTok acts terming it anti-Islam.

Observers say this was an indication of growing radicalism among the youth of Kashmir. Many radicals in the Muslim community believe that the art industry is anti-Islam and that women should remain confined to four walls of their house.

The local Bharatiya Janata Party leadership stated that her murder was a ‘Taliban style killing’. It may also be recalled that many youths on social media had expressed much joy when the Taliban had ousted the USA backed regime from Kabul last year. Many voices hint that the killing of Amreena reflects the fast worsening situation and gives rise to the fear of Kashmir going the Afghanistan Taliban way.

After her killing, the authorities responded quickly to the seriousness of the issue. Hence, Amreena’s killing became one of the rare terror acts in the country where Jammu & Kashmir police cracked the case within 36  hours, and on May 27, Friday morning, gunned down Shahid Mushtaq Bhatt and Farhan Habib, who it claimed had killed the Kashmiri actress and singer.

Both the slain persons, the police claimed, were terrorists associated with the Pakistani terror outfit Lashkar-e-Taiba, who killed the TV artist on the instruction of LeT Commander Lateef, the Inspector General of Police,  Kashmir, Vijay Kumar said. In the attack, her ten-year-old Nephew was injured in his arm trying to save her aunt, although his condition is now stable.

Former J&K Chief Minister Omar Abdullah noted that ‘such incidents have become way too common in the recent past.’ “I’m not claiming normalcy. We’ve been saying nothing is normal. Areas in & around Srinagar used to be free of militancy. Now incidents are happening one after other,” he said.

Mehbooba Mufti,  former Chief Minister was also vocally critical of the Government of India’s policy on Kashmir during her visit to the house of Late Amreena Bhat.

“Situation is deteriorating, innocent people are being killed every day,” Mufti said.

In midst of a record tourist season in Kashmir breaking previous records the scores of target killings go on to prove the complex nature of the Kashmir Valley. The killings of Rahul Bhat and Amreen Bhat without a doubt represent the downslide in Kashmir.

(The writer sought anonymity and hence we protect the identity – Editor) 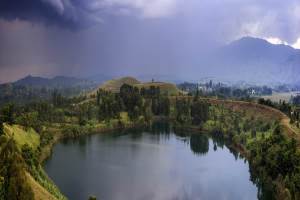 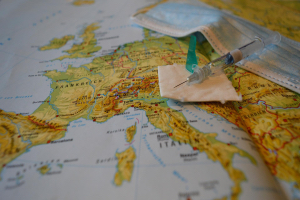