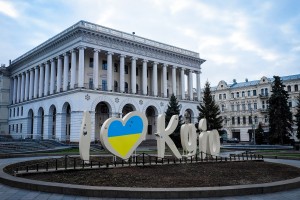 Moscow: Russia today filed an interstate complaint against Ukraine to the European Court of Human Rights (ECHR) invoking Article 33 of the Convention for the Protection of Human Rights and Fundamental Freedoms (ECHR).

“This step is long overdue. The current situation in Ukraine leaves Russia no choice but to involve international courts. We are referring to the discrimination against the Russian-speaking population, including their deprivation of educational rights; the persecution of journalists and the media; the regular atrocities perpetrated against Donbass residents during the so-called antiterrorist operation carried out by Kiev against its own population; as well as the disastrous consequences of the Kiev regime’s actions for residents of Russian border regions, such as the water embargo of Crimea, as well as for other states – Ukraine was responsible for the MH17 crash through its failure to shut down its airspace,” a Russian Foreign Ministry statement said today. It added that all the claims against Ukraine made in the Russian case are supported by a “solid body of evidence that has been accumulated over the years”.

The Russian government made this “balanced” decision based on many factors, the Ministry stated. According to it, firstly, international agencies seemed to entirely disregard the above-mentioned human rights violations in Ukraine; secondly, Ukraine continues to violate its obligations under international law, as well as its own Constitution; thirdly, the Ukrainian law enforcement and judicial systems failed to properly investigate these “egregious facts”.

Russia claimed it had all the legal grounds to bring this case before the ECHR because it advocates for the European legal order. The ECHR underlies the entire value system of the Council of Europe, and all member states have a legal interest in maintaining it, Russia said.

Calling on the international community to heed what was happening in Ukraine, Russia said its appeal to the ECHR was aimed, among other things, at providing the Court with full information about the atrocities committed by the Ukrainian authorities or with their connivance, leading to numerous violations of human rights guaranteed by the ECHR.

“The large number of individual complaints filed with the ECHR, including about the events in southeastern Ukraine, is evidence of the huge scale of the human rights problem in that country,” it stated, and said it expected the ECHR to take an impartial and non-politicised attitude towards the Russian case, and the Court to make a thorough examination of the materials and evidence presented.

It may be mentioned that there was a Russian military buildup on Ukraine’s border and in “occupied Crimea”, and the USA President Joe Biden had then made it clear to President Putin that the United States was unwavering in its support of its allies and partners in Europe. “I affirmed U.S. support for the sovereignty and territorial integrity of Ukraine.  And I strongly urged him to refrain from any military action,” Biden had told media persons then. Russia had withdrawn its troops thereafter.

The Russian move has come right ahead of Ukrainian President  Volodymyr Zelenskiy’s visit to  Washington next month to discuss threats posed by Russia to Ukraine’s sovereignty, with President Biden. The two leaders were also to discuss on threats from the controversial Russia to Europe  the $11 billion Nord Stream 2 gas pipeline that Ukraine, Poland as well as the USA have opposed.

In fact on July 21, 2021, USA and Germany made an agreement wherein Germany pledged to respond to any attempt by Russia to use energy as a weapon against Ukraine and other central and eastern European countries.

In a joint statement of July 21, 2021, Germany and the USA, while supporting Ukraine’s sovereignty, territorial integrity, independence, and chosen European path, had committed themselves to “push back against Russian aggression and malign activities in Ukraine and beyond”.

The United States pledged to support Germany’s and France’s efforts to bring peace to eastern Ukraine via the Normandy Format that involves the representatives of Germany, Russia, Ukraine and France, who met informally during the 2014 D-Day celebration in Normandy, and who aim to resolve the war in Donbas region of Ukraine – a part of the Ukrainian crisis and the broader Russo-Ukrainian War.

As per the joint statement Germany will intensify its efforts within the Normandy Format to facilitate the implementation of the Minsk agreements to halt the war in the Donbas region of Ukraine, signed by representatives of that country, the Russian Federation, the Donetsk People’s Republic (DPR), the Luhansk People’s Republic (LPR), and the Organization for Security and Co-operation in Europe (OSCE) on September 5, 2014.

Responding to the US – Germany joint statement, the Russian Deputy Minister of Foreign Affairs A.Yu. Rudenko today told Russia Today  news agency that while the idea of ​​the United States joining the Normandy format was “not new”, so far there had been no substantive discussion of Washington’s participation in the Quartet talks. “I believe that the Ukrainian authorities, instead of wasting their energy on generating more and more creative ideas, should direct their energy towards fulfilling their obligations under the Minsk agreements.” Rudenko said it was on this that the progress in the negotiations on the settlement of the internal Ukrainian crisis depends, and not on the number of participants in the “Normandy format”. “Unfortunately, as we can see, the Ukrainian side does not show its interest in this, and the Western countries, first of all, our partners in the “Normandy format” – Germany and France, are playing along with Kiev, trying to make Russia fully responsible for the lack of progress in solving the conflict in Donbass,” he said.

The United States and Germany, meanwhile, stated that they were  united in their determination to hold Russia to account for its aggression and malign activities by imposing costs via sanctions and other tools. “We commit to working together via the newly established U.S.-EU High Level Dialogue on Russia, and via bilateral channels, to ensure the United States and the EU remain prepared, including with appropriate tools and mechanisms, to respond together to Russian aggression and malign activities, including Russian efforts to use energy as a weapon. Should Russia attempt to use energy as a weapon or commit further aggressive acts against Ukraine, Germany will take action at the national level and press for effective measures at the European level, including sanctions, to limit Russian export capabilities to Europe in the energy sector, including gas, and/or in other economically relevant sectors. This commitment is designed to ensure that Russia will not misuse any pipeline, including Nord Stream 2, to achieve aggressive political ends by using energy as a weapon,” the joint statement said.

Germany also committed to establish and administer a Green Fund for Ukraine to support Ukraine’s energy transition, energy efficiency, and energy security. Germany and the United States will endeavour to promote and support investments of at least $1 billion in the Green Fund for Ukraine, including from third parties such as private-sector entities. Germany will provide an initial donation to the fund of at least $175 million and will work toward extending its commitments in the coming budget years. The fund will promote the use of renewable energy; facilitate the development of hydrogen; increase energy efficiency; accelerate the transition from coal; and foster carbon neutrality. The United States plans to support the initiative via technical assistance and policy support consistent with the objectives of the fund, in addition to programs supporting market integration, regulatory reform, and renewables development in Ukraine’s energy sector.

In addition, Germany will continue to support bilateral energy projects with Ukraine, especially in the field of renewables and energy efficiency, as well as coal transition support, including the appointment of a special envoy with dedicated funding of $70 million. Germany is also ready to launch a Ukraine Resilience Package to support Ukraine’s energy security. This will include efforts to safeguard and increase the capacity for reverse flows of gas to Ukraine, with the aim of shielding Ukraine completely from potential future attempts by Russia to cut gas supplies to the country. It will also include technical assistance for Ukraine’s integration into the European electricity grid, building on and in coordination with the ongoing work by the EU and the U.S. Agency for International Development. In addition, Germany will facilitate Ukraine’s inclusion in Germany’s Cyber Capacity Building Facility, support efforts to reform Ukraine’s energy sector, and assist with identifying options to modernize Ukraine’s gas transmission systems.

The White House Press Secretary Jen Psaki said on July 21, 2021, that Biden and Zelenskiy would work to address the geopolitical impact of the pipeline — a pipeline that was 90 percent built when the President took office.  “And Ukraine and the impact on their energy security is certainly part of that, and there are initiatives in this that help to address that.”

Earlier, the US State Department officials had said that getting the issue of the Nord Stream deal off the table with Ukraine would allow a broader discussion of security issues with Ukraine.  Psaki said there were “a couple of things in the package” that would benefit Ukraine – “Germany will help to preserve gas transit revenues for Ukraine and buy time for Ukraine to eliminate its dependence on Russian gas and transit fees, as it has long sought to do, including with U.S. support.  Germany will do this by committing to appoint a special envoy to use all its available leverage to negotiate an extension to Ukraine’s gas transit agreement with Russia. There’s no question that the impact, in what we’re trying to address here, is the impact on the Eastern Flank countries of this pipeline.  And so that is part of our effort as we, you know, work to finalize the deal announced today.”

While responding to a pointed question on whether the US was sending a wrong signal to Russia about the pipeline, Psaki had said that these measures represented a significant impact by Germany, supported by the United States, “to push back against the Kremlin’s harmful activities and to advance a more secure and sustainable energy future for Ukraine and other frontline NATO and EU countries”.

Russia however responded today saying that it had never used energy as a tool of political pressure.