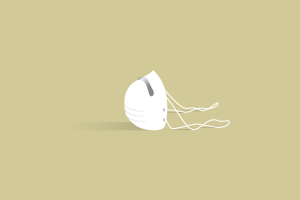 Geneva:  After five weeks of decline, the number of new weekly deaths related to COVID-19 has risen again, with over 8700 fatalities reported to the World Health Organization (WHO) – a 4% increase as compared to the previous week. The number of new weekly deaths increased in the WHO Region of the Americas (+21%) and the Western Pacific Region (+17%).

However, globally, the number of new weekly cases has continued to decline since a peak in January 2022. Overall reported cases and deaths have now both fallen more than 90% from their peaks earlier this year.

“More than 3 million cases were reported to WHO last week – and because many countries have reduced surveillance and testing, we know this number is under-reported. And 8737 deaths were reported – 8737 deaths too many. We cannot allow ourselves to become numb to these numbers,” WHO Director-General Dr Tedros Adhanom Ghebreyesus said. He added: “There is no acceptable level of deaths from COVID-19, when we have the tools to prevent, detect and treat this disease. Many of us who live in high-income countries have easy access to these tools. We now take them for granted. But for many people around the world, these tools remain scarce commodities.”

During the week of 6 until 12 June 2022, over 3.2 million cases were reported, similar to the number reported during the previous week. As of June 12, 2022, over 533 million confirmed cases and over 6.3 million deaths have been reported globally.

WHO stated today these trends should be interpreted with due consideration of the limitations of surveillance systems, including differences in sequencing capacity and sampling strategies between countries, as well as changes in sampling and sequencing strategies in multiple countries.