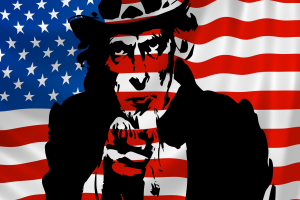 The diplomatic challenges are several. Russia’s invasion of Ukraine which today entered the 131st day saw the fall of the Luhansk region yesterday. Europe’s energy crises because of inflation and Gazprom cutting gas supply by 60 per cent to Germany and Italy. Iran’s revival of nuclear enrichment progress. Miffed or sulking allies in the Middle East. Trade and territorial battles with China, and chiding India for buying $5.43 billion worth of S-400 Triumf surface-to-air missile defence system from Russia.

At home, the US President wrestles with domestic distress over abortion ruling, gun-control law and incidents against Blacks, Hispanics, and Asians that dent the USA’s cherished Constitutional Rights of Freedom, Liberty, and Equality. Nearly half of Americans (46 per cent) say there is “a lot” of discrimination against Black people. Around three in ten see a lot of discrimination against Hispanic people (30%) and Asian people (27%), according to Pew Research Centre survey done in 2021.

The US administration remains optimistic about President Biden’s visit to the Middle East next week from July 13 to 16, 2022. The President first visits Israel currently undergoing internal instability.

On June 30 the Israeli parliament voted to dissolve itself with 92 members in favour. The decision makes Naftali Bennett the Prime Minister with the shortest tenure in office. Foreign Minister Yair Lapid and leader of the centrist Yesh Atid party has taken charge as caretaker PM till fresh polls take place on November 1 this year; Israel’s fifth general elections in three and a half years.

Biden will then visit the West Bank and then travel to Jeddah, Saudi Arabia, where he will hope to rebuild bridges with the kingdom after vowing to make it a ‘pariah’ state. There is much at stake for the US during Biden’s talks with King Salman bin Abdulaziz Al Saud and Crown Prince Mohammed bin Salman, the Deputy Prime Minister and Defence Minister who has a major say in the Kingdom’s affairs.

King Salman and MBS would be keen to discuss with President Biden the threat to regional stability with Iran pursuing its nuclear enrichment plans after Biden’s immediate predecessor Donald Trump walked out of the nuclear deal with the Persian country. In fact, USA’s Gulf Cooperation Council (GCC) allies are keen Biden returns to the deal talks because of their security apprehensions over a nuclear-armed Iran.

A brief recap to understand why the Iran nuclear deal with the US is important for the Middle East.

The Iran nuclear agreement, known as the Joint Comprehensive Plan of Action (JCPOA), is an accord signed by Iran and several world powers, including the US, in July 2015. As per its terms, Iran agreed to dismantle much of its nuclear programme and permit more extensive international inspections in exchange for billions of dollars worth of economic sanctions relief.

Saudi Arabia had then said the signatories should have consulted or included them [SA] in the talks because a nuclear-armed Iran affected them the most. Israel opposed the agreement, calling it too mild.

Unexpectedly President Donald Trump pulled out the US from the pact in 2018. He backed his decision saying the deal failed to cut short Iran’s missile programme and regional influence. One year later, Iran began ignoring the limits of its nuclear programme.

As the matter stands today, administrations of both countries say they are keen to return to the original deal. However, they do not seem to agree on the steps to reach there.

With fresh elections due, Israel, too, wants the same. Making this pitch in an article published by The Times of Israel, former Chief of the Political-Military Bureau at Israel’s Ministry of Defence and Chief of Mossad’s Intelligence Directorate Zohar Palti, writes, “Israel’s security establishment responsible for countering threats to the Jewish state – will welcome President Biden’s visit with a mix of hope and fear. They hope the American leader brings with him a dramatically different approach to the Iran nuclear challenge. They fear the president will persist in a policy that may have made sense when he took office 18 months ago but has since lost any relevance.”

Clearly, the US and President Biden have high stakes during his visit to the Middle East. The allies, too, have a lot at stake. After the celebrations of cake, confetti, cymbals and American camaraderie settles, there is much diplomacy work and tight-rope walking due next week.

*Sudeep Sonawane is a senior journalist who has worked in five countries in the Middle East and Asia.