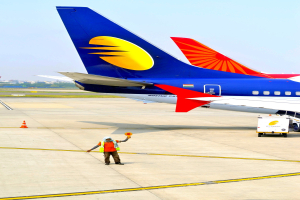 Among the special civilian flights today under Operation Ganga, 9 landed in New Delhi while 2 reached Mumbai. There were 6 flights from Budapest, 2 from Bucharest, 2 from  Rzeszow,  and 1 from Kosice.

Tomorrow, 8 special flights are expected to operate from Budapest (5), Suceva (2) and Bucharest (1), bringing in more than 1500 Indians back home.

With this, more than 15 thousand 9 hundred Indians have been brought back since the special flights began on February 22, 2022. The number of Indians airlifted by 66 special civilian flights goes up to 13852. To date, the Indian Air Force has flown 10 sorties to bring back 2056 passengers, while taking 26 tonnes of relief load to these countries, as part of Operation Ganga, meant to rescue Indian citizens trapped in the war zone.

Meanwhile, since the beginning of Russia’s full-scale war against Ukraine (as of May 6 – the 72nd day of the Russian invasion), the Office of the United Nations High Commissioner for Human Rights (OHCHR) has recorded 3,309 deaths and 3,493 injuries to civilians in Ukraine. According to Ukraine’s foreign ministry, Russia has regrouped the major part of its troops to eastern Ukraine with the aim to occupy the entire territory of the Donetsk (DPR) and Luhansk (LPR) regions and securing the land corridor to Crimea across the city of Mariupol despite earlier statements that it had no territorial ambitions in Ukraine, preferably until May 9, 2022.

It may be mentioned that May 9 marks one of Russia’s biggest holidays – the day of victory of the Red Army and Soviet people over Nazi Germany. At 10.43 pm on May 8, 1945 (00.43 am on May 9 Moscow time), Nazi Germany signed the act of unconditional surrender. May 9 was declared Victory Day by the executive order of the Supreme Soviet Presidium of the Soviet Union.