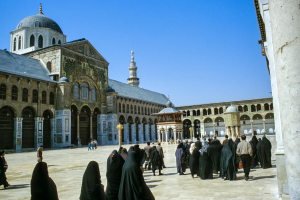 Damascus/Washington/New York: Eleven years of conflict have inflicted immense suffering on the civilian population in Syria. A deepening economic crisis and the COVID-19 pandemic have further driven humanitarian needs to record levels. More people are in need now than at any time since the start of the conflict, with 14.6 million people in need of assistance and protection this year.

At a meeting of the Ministers of the Global Coalition to Defeat Daesh/ISIS in Marrakech, Morocco on May 11, 2022, the United States announced nearly $110 million in stabilization funds for areas liberated from ISIS in Iraq and Syria.

Ethan Goldrich, the United States’ Deputy Assistant Secretary of State for Syria and the Levant in the Bureau of Near Eastern Affairs told reporters today (IST) that in this case,  the U.S. Treasury Department’s Office of Foreign Assets Control issued a new general license on May 12, that authorizes private sector investment and other activities in non-regime-held areas of the northeast and northwest Syria, and the new authorization supports the [US President] Joe Biden administration’s strategy to defeat ISIS by promoting economic stabilization in areas liberated from the terrorist group’s control.

Goldrich explained that the general license is designed to improve the economic conditions in non-regime-held areas of northeast and northwest Syria in support of ongoing U.S.-led D-ISIS stabilization efforts.  “Our aim with this authorization is to prevent the resurgence of ISIS by mitigating growing economic insecurity and restoring essential services in areas liberated from the terrorist group,” he said. He added that the authorization does not permit any activity with the Government of Syria or other sanctioned persons and does not alter existing counterterrorism sanctions.  “Our stabilization efforts – including restoring essential services, bolstering livelihood opportunities to help Syrians return to normal life, and providing support for individuals returning from displacement as well as the communities receiving them – are critical components of our D-ISIS strategy,” he said.

He said the USA acknowledges that the needs of the Syrian people are greater than what the D-ISIS Coalition can provide.  “International donor funds are stretched thin.  Without economic stability, these areas are vulnerable to exploitation by terrorist groups, especially ISIS.  Private sector investment in these areas will help reduce the likelihood of ISIS’s resurgence by combating the desperate conditions that enable the terrorist group’s recruitment and support networks,” Goldrich said.

However, the US move is not devoid of political ramifications and Goldrich’s stress on “non-regime-held areas” is significant since the Syrian regime of President, Bashar al-Assad, has the strong support of Russia and Iran. On February 25, 2022, just a day after the Russian invasion of Ukraine, Assad, in a telephonic talk with Russian President Vladimir Putin, had expressed strong support for the latter’s special military operation “to protect the civilian population of the Donbass republics”. He had condemned the “destabilising policy” of the United States and NATO, which he said had led to “serious degradation of the situation in the Middle East”.  Both Assad and Putin had then discussed the Syrian settlement and, in particular, promoting the political process within the Astana format in order to ensure the sovereignty, unity and territorial integrity of Syria.

Meanwhile, the UN Assistant Secretary-General for Humanitarian Affairs, Joyce Msuya, will visit Syria and Jordan from 15 to 20 May to meet with senior Government officials and representatives of the humanitarian and donor communities. She also plans to visit humanitarian projects and meet with affected communities to discuss the challenges they face.