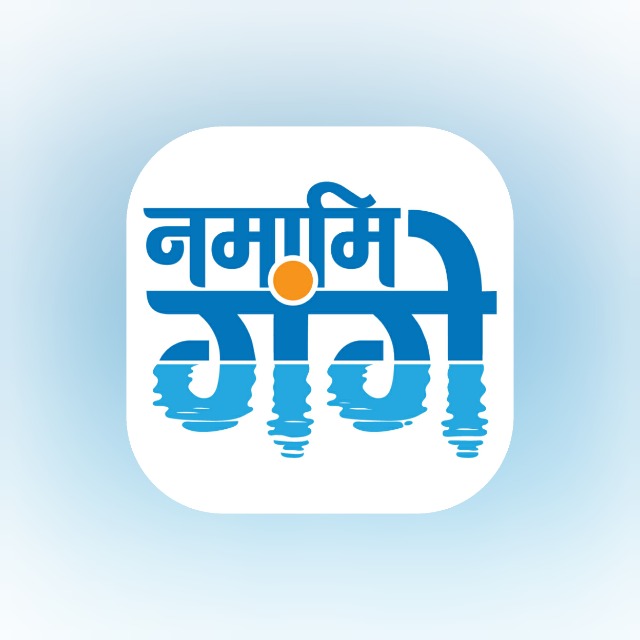 Montreal: The United Nations has recognized 10 ground-breaking efforts from around the globe for their role in restoring the natural world. Together, the 10 flagships aim to restore more than 68 million hectares − an area bigger than Myanmar, France or Somalia − and create nearly 15 million jobs.

The initiatives were declared World Restoration Flagships and are eligible to receive UN-backed promotion, advice or funding. They were selected under the banner of the United Nations Decade on Ecosystem Restoration, a global movement coordinated by the United Nations Environment Programme (UNEP) and the United Nations Food and Agriculture Organization (FAO). It is designed to prevent and reverse the degradation of natural spaces across the planet.

Some 3.5 million hectares have been restored so far. The 2030 target is 10 million hectares. Without halting and reversing the degradation of terrestrial and aquatic ecosystems, 1 million species are at risk of extinction. Scientists say restoring only 15 per cent of ecosystems in priority areas and thereby improving habitats can cut extinctions by 60 per cent.

The UN Decade addresses all three Rio Conventions and encourages its partners in integrating climate forecasts and a different climate future in their restoration efforts. There has never been a more urgent need to revive damaged ecosystems than now. Ecosystems support all life on Earth. The healthier our ecosystems are, the healthier the planet and its people. Ecosystem restoration will only succeed if everyone joins the #GenerationRestoration movement to prevent, halt and reverse the degradation of ecosystems worldwide.

The inaugural World Restoration Flagships are:

The Atlantic Forest once covered a swath of Brazil, Paraguay and Argentina. But it has been reduced to fragments by centuries of logging, agricultural expansion and city building.  It is renowned for its variety of landscapes, which run the gamut from swamps to montane forests. However, centuries of intensive logging and agricultural expansion have threatened many of these ecosystems and the animals that live within them. The Atlantic Forest is home to the jaguar, the margay, and the black and gold howler monkey, all endangered species.

To save the forest, campaigners in Argentina, Brazil and Paraguay have spent three decades promoting species conservation, engaging local communities in their efforts.  A significant effort included the restoration of important watersheds surrounding Sao Paulo after the city was hit by a significant drought. By 2050, the three countries are aiming to restore 15 million ha of degraded forest. Restoration work has already helped around 154 million people in the region by increasing job opportunities, food security and water provision. It is also helping communities contend with climate change.

“World over, our forests are under siege,” said UNEP Executive Director Inger Andersen. “The restoration of the Atlantic Forest through engaging local communities is a powerful reminder that nature can heal when given half a chance and deliver tremendous benefits in the process.”

Hundreds of organizations are active in the decades-long effort to protect and restore the forest in all three countries. Their initiatives are creating wildlife corridors for endangered species, like the jaguar and the golden lion tamarin, securing water supplies for people and nature, countering and building resilience to climate change, and creating thousands of jobs.

The coastline of Abu Dhabi, the capital of the United Arab Emirates, is home to an array of marine life, including 500 species of fish, seven species of marine reptiles, three species of dolphins, one species of finless porpoise and the dugong, the world’s only exclusively marine mammal that is herbivorous. But tourism, home building and other infrastructure construction have put critical coastal and marine habitats at risk.

Safeguarding the world’s second-largest dugong population is a goal of the drive in the United Arab Emirates to restore beds of seagrass – the vegetarian dugong’s preferred food – coral reefs and mangroves along the Gulf coast.

The project in the emirate of Abu Dhabi will improve conditions for many other plants and animals, including four species of turtle and three kinds of dolphin. Local communities will benefit from the revival of some of the 500 species of fish, as well as greater opportunities for eco-tourism.

Abu Dhabi wants to ensure its coastal ecosystems are resilient in the face of global warming and rapid coastal development in what is already one of the world’s warmest seas.

Some 7,500 hectares of coastal areas have already been restored with another 4,500 hectares under restoration for 2030.

Launched by the African Union in 2007, the Great Green Wall is an ambitious effort to restore savanna, grasslands and farmlands across an 8,000km belt of Africa known as the Sahel to help families and biodiversity cope with climate change and keep desertification from further threatening already-vulnerable communities.

Climate change is having a crippling impact on the region, making droughts more common, feeding the southward advance of the Sahara Desert and entrenching poverty.

The Great Green Wall is an ambitious initiative to restore savannas, grasslands and farmlands across Africa. It seeks to transform the lives of millions in the Sahel region by creating a belt of green and productive landscapes across 11 countries.

The 2030 goals of the Great Green Wall are to restore 100 million hectares, sequester 250 million tons of carbon and create 10 million jobs.

While the Great Green Wall targets degraded land stretching right across the continent, the UN Decade flagship has a particular focus on Burkina Faso and Niger.

The Ganges basin is home to 520 million people along with more than 25,000 species of plants and animals. The region is responsible for 40 per cent of India’s gross domestic product and its forests are also an important store of carbon, which if released would contribute to the climate crisis.

Pollution, land degradation and lack of public awareness have put unprecedented pressure on the Ganges’ ecosystems. To preserve and restore natural spaces, the Indian government has launched an ambitious effort known as Namami Gange. It aims to restore people’s connection to a river considered sacred, while reducing pollution and reversing deforestation. Already, 1,500 km of the 2,525 km river have been rejuvenated and 30,000 ha of forests have been restored. The work is expected to help sequester 15 million tons of carbon by 2030.

Restoring the health of the Ganges, India’s holy river, is the focus of a major push to cut pollution, rebuild forest cover and bring a wide range of benefits to the 520 million people living around its vast basin.

Climate change, population growth, industrialization and irrigation have degraded the Ganges along its arcing 2,525-kilometre course from the Himalayas to the Bay of Bengal.

Launched in 2014, the government-led Namami Gange initiative is rejuvenating, protecting and conserving the Ganges and its tributaries, reforesting parts of the Ganges basin and promoting sustainable farming. It also aims to revive key wildlife species, including river dolphins, softshell turtles, otters, and the hilsa shad fish.

Investment by the Indian government is up to $4.25 billion so far. The initiative has the involvement of 230 organisations, with 1,500km of river restored to date. Additionally, there has been 30,000 hectares of afforestation so far, with a 2030 goal of 134,000 hectares.

UNEP Executive Director Inger Andersen said:  “The Namami Ganga is an ambitious effort to rejuvenate the Ganga, a lifeline for millions of people in India. At a time when it is critical that we transform our exploitative relationship with nature, the positive impacts of this restoration cannot be underestimated.”

Director General of the National Mission for Clean Ganga, G. Asok Kumar, said: “The recognition of Namami Gange as one of the top-10 ecosystem restoration initiatives in the world bears testimony to the concerted efforts being made by the National Mission for Clean Ganga, Government of India for the restoration of the riverine ecosystem. I hope that our endeavours provide a roadmap for other similar interventions across the globe.”

Mountain regions face unique challenges. Climate change is melting glaciers, eroding soils and driving species uphill – often toward extinction. The water that mountains supply to farms and cities in the plains below is becoming unreliable.

The initiative – based in Serbia, Kyrgyzstan, Uganda and Rwanda – showcases how projects in three diverse regions are using restoration to make mountain ecosystems more resilient so they can support their unique wildlife and deliver vital benefits to people.

Uganda and Rwanda are home to one of only two remaining populations of the endangered mountain gorilla. Thanks to the protection of their habitat, gorilla numbers have doubled in the last 30 years. In Kyrgyzstan, herders are managing grasslands more sustainably so that they provide better food for both livestock and Asiatic ibex. Snow leopards are slowly bouncing back. In Serbia, authorities are expanding tree cover and revitalizing pastures in two protected areas. Brown bears have returned to the forests, where restoration is also helping ecosystems recover from wildfires.

Goals include a reduction in pressures on coral reefs, which are vulnerable to storm damage, so that fish stocks can recover. Ecosystems under restoration also include seagrass beds, mangroves and forests.

As well as creating a “toolbox” of solutions for sustainable island development, this flagship aims to amplify the voice of island nations facing rising sea levels and intensifying storms as a result of climate change.

Like many grasslands around the world, the vast steppes of Central Asia are in decline due to factors like overgrazing, conversion to arable land and the shifting climate.

In Kazakhstan, the Altyn Dala Conservation Initiative has been working since 2005 to restore the steppe, semi-desert and desert ecosystems within the historic range of the Saiga, a once abundant antelope critically endangered by hunting and habitat loss.

In fact, the Saiga population had plunged to 50,000 in 2006 but rebounded to 1.3 million in 2022. As well as reviving and protecting the steppe, the initiative has helped conserve wetlands that are a vital stopover for an estimated 10 million migratory birds. Among the key bird species are the sociable lapwing, the red-breasted goose, the white-headed duck and the Siberian crane.

Tapping traditional farming methods to build the productivity of landscapes, including their biodiversity, is at the heart of this restoration flagship covering six countries: Costa Rica, El Salvador, Guatemala, Honduras, Nicaragua and Panama.

For example, agroforestry systems integrating tree cover with crops like coffee, cocoa and cardamom can boost soil fertility and water availability while sustaining much of the biodiversity of the original tropical forest. By 2030, the goal is to have 100,000 hectares under restoration and create 5,000 permanent jobs.

Building with Nature in Indonesia

Demak, a low-lying coastal community on Indonesia’s main island of Java, has been plagued by erosion, flooding and land loss caused by the removal of mangroves for aquaculture ponds, land subsidence and infrastructure.

Rather than replanting mangrove trees, this innovative World Restoration Flagship has built fence-like structures with natural materials along the shore to calm waves and trap sediment, creating conditions for mangroves to rebound naturally. The total length of permeable structures built is 3.4 km and 199 ha of mangroves have been restored.

In return for letting mangroves regenerate, farmers have been schooled in sustainable techniques that have increased their shrimp production. With mangroves providing habitat for a plethora of marine organisms, fishers have also seen their near-shore catches improve.

This ambitious initiative combines 75 large-scale projects to restore ecosystems across the world’s most populous nation, from mountains to coastal estuaries.

Launched in 2016, the initiative results from a systematic approach to restoration. Projects dovetail with national spatial plans, work at the landscape or watershed scale, including agricultural and urban areas as well as natural ecosystems, and seek to boost multiple local industries. All include goals for biodiversity.

Examples include the Oujiang River Headwaters Project in Zhejiang province, which integrates scientific knowledge with traditional farming methods, like slope terracing and combining crops with fish- and duck-rearing, to make land use more sustainable. – globalbihari.com 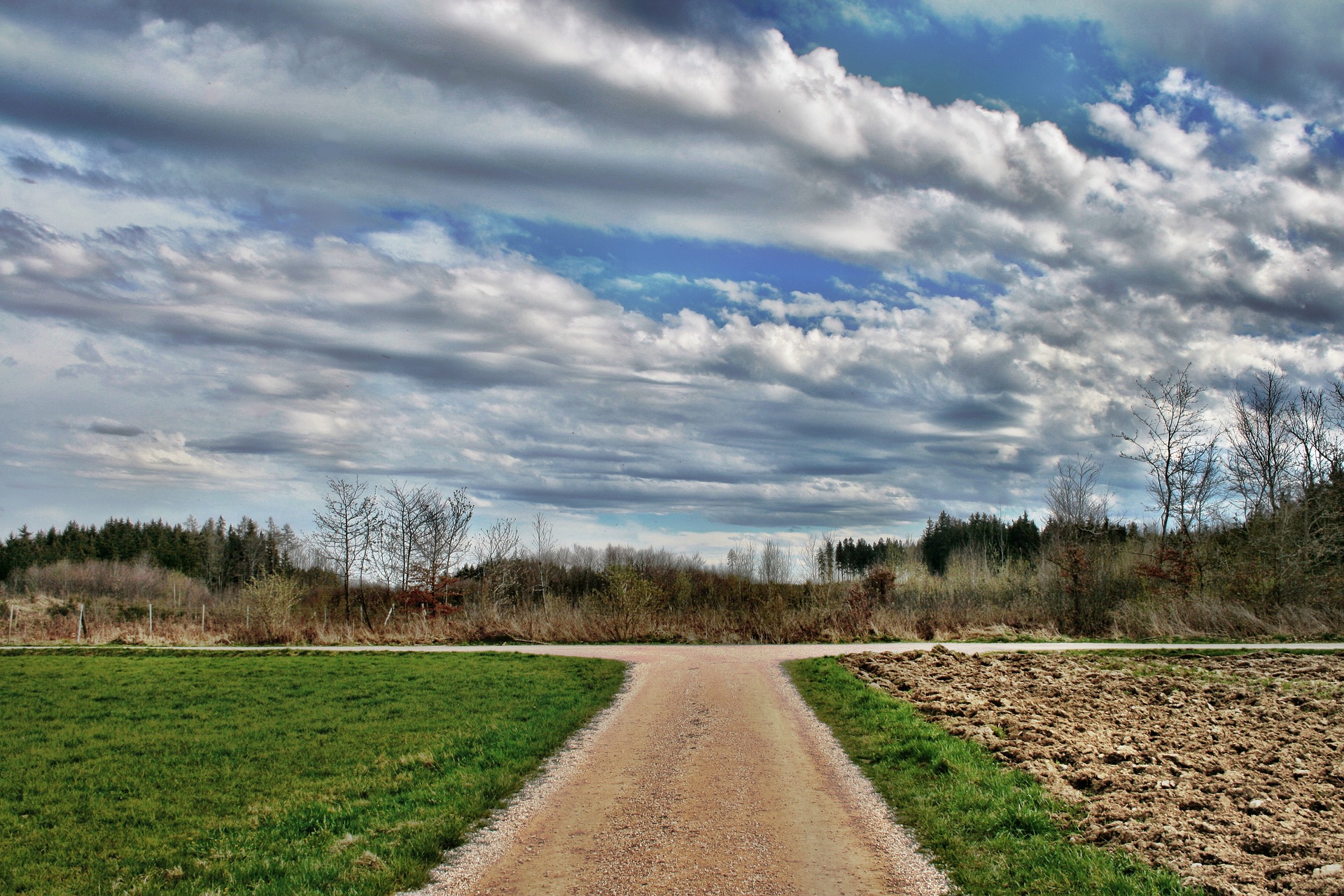